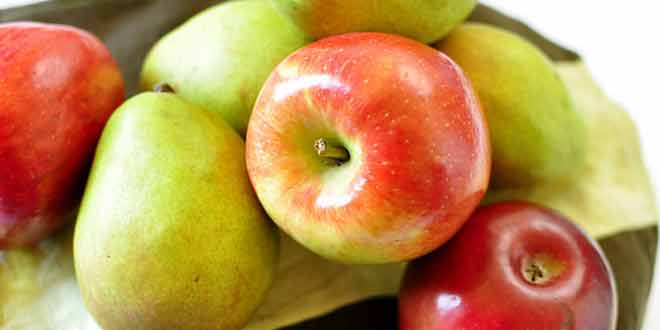 Which Fruits and Veggies Are Best for Weight Loss?

Eating more fruits and veggies such as artichoke, avocado, asparagus and cucumber leads to weight loss, according to a massive new study analyzing the effect of each one.

“The 2010 Dietary Guidelines for Americans recommend that adults and children should eat a variety of fruits and vegetables to help them achieve and maintain a healthy weight,” writes study author Monica Bertoia of Harvard TH Chan School of Public Health and Brigham & Women’s Hospital in Boston. “But are all fruits and vegetables equally good at controlling weight?”

Vegetables that contain lots of fiber and low carbohydrates such as broccoli and Brussels sprouts led to greater weight loss, which Bertoia says is likely because they make you feel full.

Starchy vegetables like corn, peas and potatoes seemed to cause weight gain, according to the study.

Weight loss benefits that came with increasing your consumption applied more so to fruits than to vegetables, and were most notably seen with berries, apples and pears, tofu and soy, cauliflower and cruciferous and green, leafy vegetables.

Working with 133,468 men and women living in the US, Bertoia, whose study was published in PLOS One, relied on self-reported data on eating and weight change.

After adjusting for factors such as smoking that could affect the result, she observed that increasing consumption of fruits and non-starchy vegetables led to a significant weight change over several four-year intervals.

Berries were associated with taking off 1.11lb and apples and pears with a drop of 1.24lb.
Tofu and soy indicated a 2.47lb dip in bodyweight while cauliflower was associated with a 1.37lb drop.

In contrast, starchy vegetables such as corn were associated with gaining 2.04lb and peas led to weight gain of 1.13lb.

Bertoia admits her results might not apply on a general scale due to a homogenous sample consisting almost entirely of well-educated white adults.

She is confident, however, that her findings provide new fuel in the fight against obesity and fresh guidance in weight management.
Source: AFP/ Relaxnews