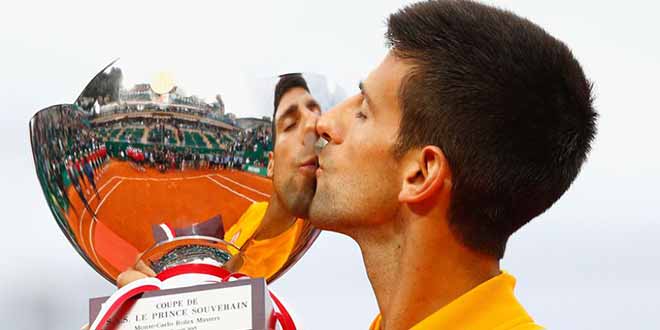 Novak Djokovic beats Thomas Berdych to win the final of the ATP Monte Carlo Masters 2015. The Serb defeated the man from Czech Republic in three set thriller with a scoreline of 7-5, 4-6, 6-3.

In head-to-head meetings, Djokovic leads Berdych 18-2, but the Czech didn’t go down without a fight. After Djokovic won the first set 7-5 in almost an hour, Berdych fought back hard and took the second set 6-4.

Though rain interrupted play, the Serb remained cool and took the third set and the championship. This is his second triumph at the ATP Monte Carlo Masters. He last won the title back in 2013.

Novak Djokovic becomes the first man on tour to take all three ATP titles in 2015. He won at Indian Wells and the Miami Open last month as well. With this victory he takes his winning streak to an astonishing 17 matches.

Novak Djokovic is now tied with Roger Federer with the most ATP 1000 titles with 23. Rafael Nadal leads the line with 27 titles.

Novak Djokovic will be looking to this form into next month’s Grand Slam called as the French Open. The 27 year old will be seeking his maiden French Open title.

In the doubles final, Bryan Brothers (Mike and Bob) defeated the duo of Fogini and Bolelli in straight sets to bag another ATP 1000 event victory. The first set went to a tie breaker, but the second set was comfortably won the pair from the United States. The final score was 7-6(7-3), 6-1.

In the ATP Rankings, Novak Djokovic leads with 13,225 points. Roger Federer takes the second spot with 8,895 and Andy Murray is third on the rankings with 6,060 points.

The next tournament to come up is the ATP 500 Barcelona Open in Spain. It starts from 20th April, Monday.