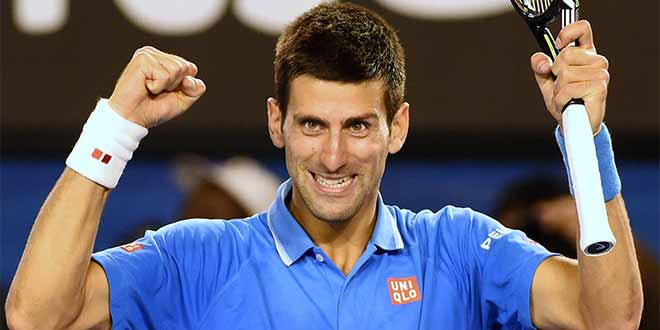 World No.1 Serbian Novak Djokovic celebrated 142 weeks at the top with a comfortable victory over Adrian Ramos in the Monte Carlo Open this week. A straight sets victory for the Serb in the Round Of 32. He wrapped up the game with a 6-1, 6-4 victory to book his place in the next round.

Jo-Wilfried Tsonga and Gael Monfils came out victorious in their respective matches. Tsonga served 4 aces in his 2-0 (6-4, 6-4) triumph over J.Struff.

Gael Monfils recovered after losing a set to beat Russian Kuznetsov with a 4-6, 6-4, 6-4 set score victory. Giles Simon was also in action in the Monte Carlo Masters. He completed a comfortable victory over Balleret. 6-4, 6-4 the set score.

Grigor Dmitrov was victorious over Spanish star Fernando Verdasco with set score being 2-1 in favour of him. The Bulgarian lost the first set 4-6 but came back winning the next two sets 6-4, 6-4 to take the match in his favour.

Triocki, Robredo Book Their Places In The Next Round

Victor Troicki and Tommy Robredo win in their respective fixtures at the ATP Monte Carlo Masters. Triocki defeated Klizan after a gruesome game which lasted almost three hours. Final score was 5-7, 7-6, 6-2 in favour of Triocki.

Robredo came out victorious against Andreas Seppi with a 6-3, 1-6, 6-4 scoreline. He managed to serve 7 aces in the match.

Argentine Juan Monaco beats J.Vesely in straight sets to book a place in the next round of the Monte Carlo Masters.

Looking sharp on the court, he won 62% of his service points while Vesely only managed to win 48%. The set score was 6-4, 6-2 in favour of the man from Argentina. In other results, Haider-Maurer, J.Chardy and L.Pouille go through the next round of the event.