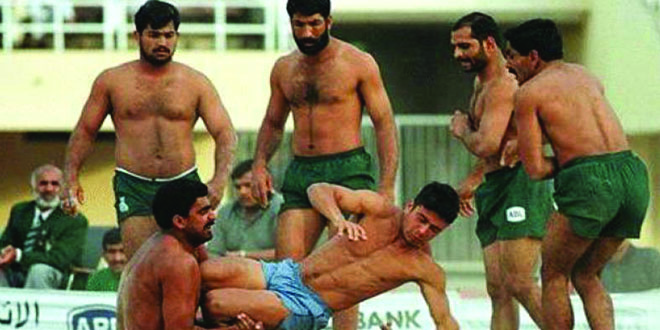 More than a decade after playing a leading role in uncovering the health risks to players in the National Football League, Bennet Omalu hopes his research will lead to a ban on children playing high-impact sports.

The Nigerian-born neuropathologist authored arguably the most influential paper in the history of sports medicine in the United States in 2005, when he linked the death of former Pittsburgh Steelers star Mike Webster to a lifetime of taking heavy hits in the NFL.

Omalu’s research into the condition known as chronic traumatic encephalopathy (CTE) was initially dismissed by skeptical voices within the NFL’s Mild Traumatic Brain Injury Committee before the league finally acknowledged a connection between concussions and CTE.

The case ultimately led to an estimated $1 billion settlement between the NFL and some 5,000 retirees from the sport, with players suffering from health issues linked to repeated head trauma receiving up to $5 million.

The story of Omalu’s research is the subject of a Hollywood blockbuster “Concussion” starring Will Smith, due for release in North America this week.

Omalu believes the movie will help raise awareness of the health risks associated with high impact sport, and hopes parents with children who play football will think again.

“Families and parents need to know that when you play this game the way it is being played today that there is a significant risk that you will damage your brain, and that it will manifest sometimes years, decades, up to 40 years later,” Omalu told AFP in an interview.

In terms of volume of fatalities, high school American football is the deadliest arena in US sport, with 11 deaths reported so far in 2015, including several involving blunt force trauma to the head.

Omalu says the health and safety questions surrounding American football are a major public health issue of “epidemic” proportions and says he hopes to see an evolution in attitudes towards the sport similar to the shift in attitudes regarding substances like tobacco and alcohol.

“Knowing what we know now — just like we did with smoking, alcohol, even sex — it is our moral duty as a society to protect the most vulnerable, our children. If we identify a risk, a harmful effect, it would be foolhardy would it not to continue intentionally exposing our children to that harmful effect?
“I wouldn’t let my son play football. So how could I tell another man’s son to play football?”

Omalu revealed he had discussed the risks of playing gridiron with “Concussion” star Smith, whose son played the sport in school.

“Will (Smith) said he was unaware there was a risk of injury. He believes many parents are unaware just as he was,” Omalu said.

While Omalu’s trenchant views have run into predictable opposition from advocates and fans of America’s most-watched pastime, he insists he is neither anti-football nor anti-sport.

“If you’re an adult and you make a decision to drink alcohol or to play a sport and expose your head to blows, I would be one of the first people to stand by your side and defend your right, your freedom to play if you want to play,” he said.

“But not if you’re a child who has not reached the age of consent and does not understand the implications of what it is they are doing.”

Omalu meanwhile is sceptical that NFL statistics which point to a reduction in the number of concussions — down 35 percent in the three years leading to 2015 — necessarily means that the sport has become safer.

Omalu argues that brain damage can occur through the cumulative effect of repeated blows to the head without concussion necessarily being recorded.

“The NFL or anybody trotting out a number of documented concussions as an indicator that they are doing a good job is a misappropriation of the science,” he argues.