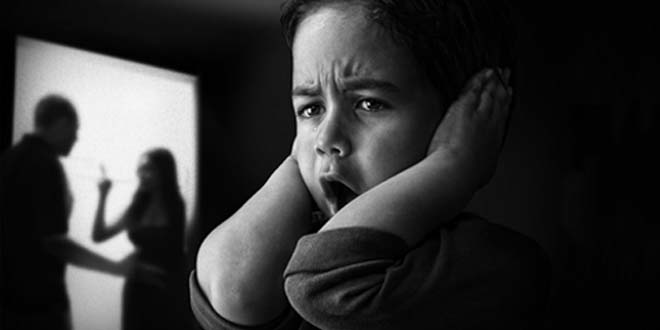 Children are considered to be the brightest minds in the world. It is because of their great ability to observe and learn anything new before them. Children also have a great source of imagination which, as a person grows, tends to fade away. Thus, it is correct to say that children are easily affected by what goes around them, be it good or bad.

These days, domestic violence just doesn’t happen face to face; it can also occur on cyberspace. It can happen on mobile phones, on the internet, and especially on social networking sites.

Children encounter domestic violence and abuse in various ways. They may be exposed to the noise that is created though domestic violence, in which the abuser threatens the victim. They are keen on knowing everything, so they are likely to observe and differentiate the parent who is usually out of control or is fiercely aggressive. They may witness one of their family members being assaulted by another, or worse, see the aftermath of a violent assault.

A lot of children can be affected just by violent threats and abusive language rather than for it to reach physical contact between the victim and abuser. Children that have to live in a house which suffers from domestic violence can often find themselves one day to be victims of child abuse. Domestic violence pretenses a grave danger to a child’s emotional, physical and psychological well-being.

Children who are exhibited to physical abuse become afraid and anxious all the time. They are always on their toes, watching the abuser or the victim to be prepared for the next occurrence. They never feel safe, as they never can figure out what triggers the abuser. They are always stressed about their loved ones and themselves. They may start to shatter and feel insignificant and immobilized.

Such children who have a history in the family of domestic violence are often told to keep it secretive and not even discuss it with one another in the house. These children then are told to portray to the outside world that everything is fine with them and at home, but on the inside, the kid is miserable and dying. Their families are a mess, which leads them to blame themselves for the abuse and being the reason for it to take place. The child him/herself may become aggressive towards other family members for triggering the abuse. They may feel hatred, self-consciousness, and disgrace.

These children, on the other hand, also feel abandoned and susceptible. They crave for attention, affection and acceptance. The mother maybe besieged to endure, therefore she is not there for the child. The dad is so busy in controlling everyone; he may not be accessible to the child. This situation could be vice versa. Therefore, these children feel isolated – physically, emotionally and psychologically.

Children’s immediate reactions to domestic violence in the short-term may include:

Long-term effects, especially from chronic exposure to domestic violence, may include:

Children exposed to domestic violence may consider being violent themselves. Children may adapt to accepting this exert control or relieve stress by using violence, or accept that violence is somehow related to expressions of intimacy and affection. These outcomes can have a very powerful negative impact on children in social situation and relationships as they grow up and even later in life resulting to shaping their personalities as adults.