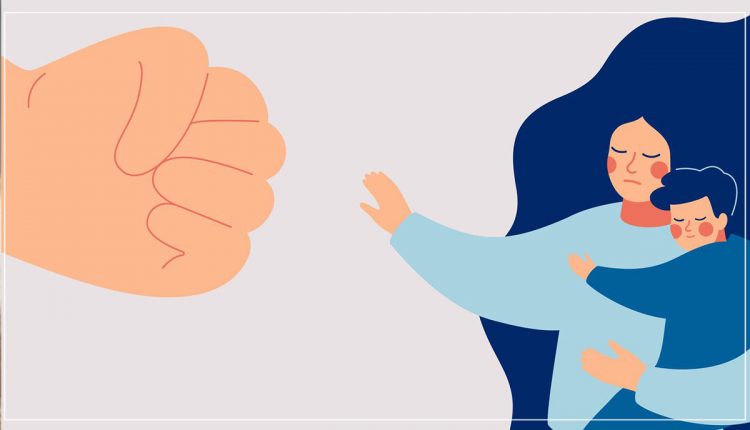 Domestic abuse is an epidemic and its victim can be any one. It is not limited to any community, race, sex, religion or sexual orientation. It is a form bullying which may be in the form of a physical assault, battery, sexual assault, emotional abuse and/or other behavior which becomes a systematic pattern of power and control carried on by one partner against another.

A typical image one has of domestic violence/abuse is a woman with sore eyes and bruises here and there. It is assumed most commonly that domestic abuse involves hitting person in a manner that it triggers a pain response within the other person, where the perpetrator is a man and the victim, a woman; however, the reality it far more complex.

Withdrawing finances, controlling every penny spent in the household and taking the victim’s money or refusing to give them money for expenses is also a type of abuse. Again, because abuse can take psychological and emotional form, it isn’t necessary for it to be physical. And because it takes so many forms, its victims can be and are men as well. In fact, victims of domestic violence come from all walks of life, varying age groups, all backgrounds, all communities, all education levels, all economic levels, all cultures, all ethnicities, all religions, all abilities, and all lifestyles.

It is really difficult to pin point the dynamics of domestic abuse. One thing constant for all abuse cases of domestic violence is one partner’s unswerving effort to keep power and control over the other.

Several researches have concluded that the abuser actually depends on the victim. It is probably due to this reason the abuser uses whatever method of assault in order to instill fear of future violent attacks and allow the abuser to control the victims’ circumstances and their life.

In a local study on male attitude towards domestic abuse, it was found out that marital abuse prevails 49.4% of times, throughout life. It was also seen that 55% of the abusive men had themselves been prey to physical violence during childhood. Around 65% had observed their mothers being beaten, as children.

Almost half of the subjects thought that husbands have a right to hit their wives (46.0%).

WHY VICTIMS DECIDE TO STAY

In our society, marriage is considered sacred. Therefore, not only is divorce discouraged, it is also frowned upon and though, the cases are not reported as often as they should be, according to one leading psychologist, every 10th home is privy to husband violence. Since our society is patriarchal in nature, we don’t know how many male abuse cases exist.

Be it a newly married, some-years-ago married couples or old couples, there are always stakes to leaving a marriage. Victims of domestic violence experience an array of emotions and feelings from the abuse inflicted upon them by their abuser, both within and following the relationship. These emotions may emerge either due personal reason, such as the hope that the abuser would change their way or they may feel guilty for not being able to sustain a relationship.

Many victims also feel anxiety as if the relationship ends, they will have to prepare for a completely different scenario in life. Many people are scared of being judged or victim-blaming. For a new married person, the stigma of not being able to sustain a marriage in prime years is heart-wrenching. For couples who have been together for years, the partner may at times lose that connection with self which is supposed to motivate them to live for themselves. Often the victim rationalizes the situation. Not giving it its due importance. Sometimes, it takes a while before one realizes that their relationship is abusive.

When it comes to the abuser, these come from all groups, all cultures, all religions, all economic levels, and all backgrounds. They can be your neighbor, your molvi sahab, your friend, your child’s teacher, a relative, a coworker—anyone. It is important to note that the majority of abusers are only violent with their current or past intimate partners. According to one study, 90% of domestic abusers had no criminal past and were law abiding citizens.

An abuser often denies that there is an abuse happening as he/she minimizes the seriousness of violence and its effect on the victim and other family members. An abuser often sees them as their possession or sexual objects. An abuser has low self-esteem and feels powerless and inept for the world. He or she may appear successful, but internally, they feel insecure. An abuser externalizes the causes of their behavior. They use situations such as stress, their partner’s behavior, a “bad day,” or other factors, to justify their violence. An abuser may be pleasant and charming between periods of violence and is often seen as a “nice person” to others outside the relationship.

As research suggests, the root cause of domestic violence can be the way these people are brought-up, as it is either their normative behavior or because they have learned to resort to violence when things go out of hand. About 46% men, according to a local study, think it is their right to hit a woman. And this is a clear indicator of the values being imparted.

IS THERE A SOLUTION?

If we talk about solutions, one thing is confirmed: help doesn’t work on those who don’t want it. The core values of our society needs to be moderated and changed when it comes to dealing with partners and women. Abuse is a cyclical process, they may be times when things are calmer, but then the abuse becomes more violent due to the buildup; not everyone can help the abuser change their ways. It takes effort, knowledge, patience and skill. And this is NOT the responsibility of the partner to do so. An abuser should always refer to the skills of a clinical psychologist.

The abusee should always try and keep the channels of communication open, especially with close friends and family. The victims should understand that they are neither the reason for the abuse nor are they responsible for the abuser’s behavior. A broken relationship is worse than no relationship, do consider that.

For the rest of the world, such situations are always complex, so don’t judge.