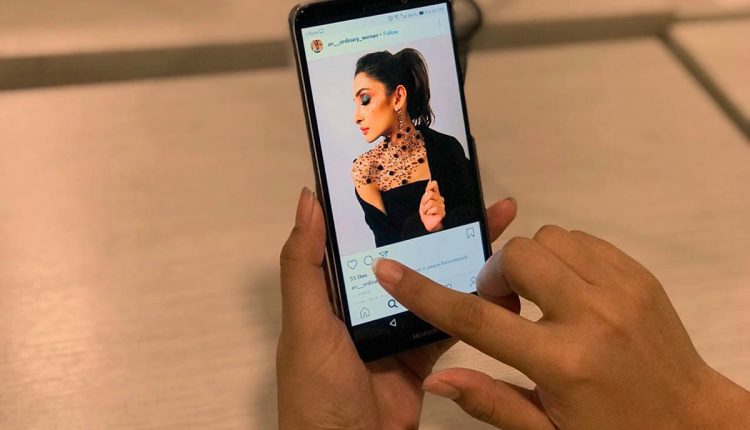 The Anam Tanoli Case: A Reminder That Cyberbullying Is On The Rise

Social media, online forums and news channels were bombarded with stories of an unfortunate demise recently.  Anam Tanoli, a 26-year-old model, and a beautiful soul allegedly ended her own life. A relatively fresh entrant from Lahore, her profile suggested that she had recently returned from abroad after completing her degree in Fashion Designing.

I am so heartbroken to find out that this 26 year old women with such a bright future ahead of her, has committed suicide due to the fact that she was receiving abusive/horrible comments on social media. I will never understand, for the life of me, what goes through someone’s mind when they decide to leave their horrible opinion on a strangers post – or anyone’s post! I see so much negative criticism and just downright nasty comments being left every single day, on my account and other peoples accounts, and I think it’s unacceptable and disgraceful that these are left with a blatant disregard for the impact they could have on another person. You see the good parts of someone’s life on social media, they aren’t going to show you the bad stuff so let’s try to remember that we don’t know what a person could be going through in their personal life, behind closed doors – regardless of how happy and blessed we may think they are through their social media. Some people feel SO entitled to an opinion just because a person has a public account, so they think it’s ok to get their crusty ass fingers out and type out something horrible and hurtful. Just remember that you don’t know what state of mind a person could be in when YOU decide to leave your bitch ass opinion that nobody asked you for. Nobody’s opinion/thought is worth another persons life so please for the love of God, if you have nothing decent to say don’t say anything at all. Social media is supposed to be fun and light hearted but it has some of you grown ass people at your big ages moving in a ridiculous way. RIP to this beautiful woman and to the thousands of others who have been made to feel like their lives are not worth living by some dusty ass troll on the internet who probably doesn’t even use a loofa. #anamtanoli

One wonders what could possibly drive a young, talented girl like her to take her own life. What was so disturbing that she found solace in death? People close to her believe that she was depressed and the disorder was instigated by online abuse, trolling, and cyberbullying. Alas, we breathe in a culture of digital brutality and no one is immune to it. It unsettles the very core of human life if the only way out of misery is when you cease to exist.

Whether you are a moderately famous personality or associated with the beauty industry, a star kid or an average person trying to build a career ­– there always will be a group of people waiting to devalue your efforts. In the virtual space, these bullies get a cloak of anonymity and their sole purpose is to beat you down by their keystrokes. Without realizing that this emotional and verbal abuse may leave a permanent mark on others, they sit behind the screens and behave like keyboard vigilantes.

Many incidences have shed light on how these internet trolls can swiftly become cyber-mobs. Vile-minded individuals form radical groups on Twitter, Instagram and Facebook, and multiply in force to take you down emotionally and sometimes even financially. They post malicious comments about your business or performance, causing you personal and professional repercussions. Teenage star Millie Bobby Brown (of Stranger Things fame), was left with no choice but to leave Twitter after incessant cyberbullying. Brown, who is only 14, became the target of several memes. Screenshots of her Snapchat stories were altered to accuse her of racism. After these memes went viral, numerous Twitter users started using the hashtag #TakeDownMillieBobbyBrown. The teenager remains active on Instagram, though she has disabled users from commenting on her posts.

Back in 2012, the news that singing sensation Adele had given birth to a healthy baby boy was welcomed with joy and fervor around the world. However, nothing is off-limits for these hate-mongers. The spiteful Twitter users made a mockery of her firstborn. Within hours of his arrival, horrible messages appeared attacking the singer with jabs about her weight, jokes about postpartum depression, and death threats. One particularly vile Twitter user wrote: “Aw Adele gave birth to a baby. Is it fat and handicapped lol? Just murder it already lol.” Another disgusting message read: “Adele was pregnant? I thought she was fat”. This was retweeted hundreds of times.

Stars vigorously use all these online media platforms to interact with their fan base. They post pictures and updates about their life to keep the public informed, but nobody has signed up to become a target board for cyber-bullets. Many of the celebrities have temporarily deactivated their social media accounts or restricted users as a consequence of this online hatred. These vicious minds do not stop at all. They don’t have the decency to allow the deceased’s relatives to mourn in peace.

Almost a month ago, we heard about model-turned-journalist Quratulain Ali Khan who was also found dead at her apartment in an apparent case of suicide.

#AnnieAliKhan passed away earlier today due to fire in her apartment.. Our thoughts and prayers for her family! #RIP #quratulainalikhan #AnnieAliKhan

The year 2018 has also observed suicides of Anthony Bourdain and Kate Spade – both globally celebrated and successful people – killed at the hands of depression. No one actually knows the story behind these ill-fated departures.

According to a report published in 2017, Punjab seems to be the hotbed of cyberbullying in Pakistan. It is evident by the number of calls received by the Cyber Harassment Helpline of the Digital Rights Foundation (DRF). It is Pakistan’s first dedicated helpline addressing issues of online abuse and violence, providing a free, safe, gender-sensitive and confidential service. Their findings of the first four months suggested that the helpline received 513 individual complaints. The total number of calls was 535, with 406 of them being individual cases. 62% of the calls were made by women, whereas 37% of the callers were men. Facebook was found to be the platform in most of the complaints. The complaints were regarding fake profiles, non-consensual use of information, blackmailing, unsolicited messages, and hacked accounts or devices. The toll free number (0800-39393) is available to people looking for help between 9 am to 5 pm from Monday to Friday. Pakistan also has a dedicated National Response Centre for Cyber Crime by FIA.

The overwhelming desire to share and connect leads many young people down a fatal path. From cyber predators to bullies, misusing social networking causes physical and mental harm that is palpable and often times lethal. Cyberbullying can easily turn into depression, anxiety, and suicidal thoughts. It is a hot-button issue that no older generation has had to face and resolve. Digital age is complex; once things are circulated on the internet, they don’t disappear. The insensitive information spreads like wildfire and often resurfaces to add salt to the burns. However, no matter how dark it gets, we are not at the mercy of it. We tend to forget that the online world is somewhat a controllable experience and can be shut down.

Close to 800,000 people die due to suicide every year, which is one person every 40 seconds. Many more attempt suicide and survive. Suicide is the second leading cause of death among 15-29 year olds globally.

Suicide is a global phenomenon; in fact, 79% of suicides occurred in low- and middle-income countries in 2016. It accounted for 1.4% of all deaths worldwide, making it the 18th leading cause of death in 2016.

The point to ponder is if suicide isn’t a mental disorder, what drove these people to the precipice? We hear this question without exception: why? Why did their child, friend, spouse, parent or sibling felt so much despair to take their own life? Did they never think about the people they are leaving behind? Some of us keep labeling these unfortunate ones – cowards or restless souls. Why is it so hard to fathom that when pain fuses with bullying, societal pressures, resentment, shame, and regret, it is a bitter pill to swallow. Don’t fail to see it coming; look for signs, ask twice if someone is okay, if they need help; appreciate, hug and praise them. People who have survived suicide attempts have accounted not wanting so much to die as to stop living, a strange dichotomy but a soul-stirring one nevertheless.