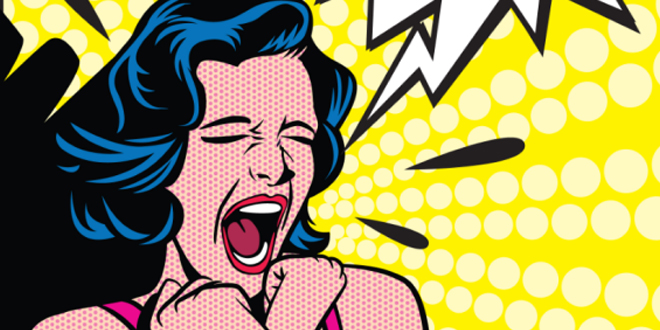 Can a woman survive in Pakistan’s media industry?

Media is often considered a catalyst for social change. It has the ability to hypnotize and rule over your mind. Prior to the uncontrolled surge of women’s rights, females in Pakistan were avoided from almost all fields of life and were expected to stay indoors and look after the household. The idea of girl working for the media in Pakistan was more or less considered a taboo.

A woman was considered to have a bad character if she was working for the media. Where the West figured out how to venture out of the container and allow females to step out of the house and thrive around a century back, Pakistan is a nation that is as yet battling with gender roles. The educated Pakistani populace seems to have figured out how to stay impartial with respect to sex and gender, and female under-representation. But sadly, a male-dominated, patriarchal society still wins in this part of the world.

Females working here in Pakistan are expected to be corrupt or not from decent respectable backgrounds. They are offered low salaries compared to men and instead of providing a comfortable environment for them, the men working in the firm harass them and expect personal favors from these working women. Media education is now a necessity for all individuals who wish to pursue careers in this field. Gone are the days when you could enter this field without having any media related educational degree. The transformation is in progress where the uneducated are being replaced with the educated lot, it will take time but on its completion many problems are expected to end.

The question is why aren’t there more women in the upper positions of corporate Pakistan? Why a woman grumbles that for advancements in office, she is requested for inappropriate personal favors or to keep the boss happy? The discernment that women are inalienably less ambitious than men and don’t have the confidence needs to end now.

Sabeen Mahmud (late) was the president of the T2F and was shot down in Karachi. She was a successful media business visionary. Sabeen was ambitious, focused and brave yet was shot down simply because she was a female and took a stab at raising her voice.

Maliha Khan works at Folio3 as the Director of Engineering for Social Media and Consumer Web Applications. She has over 10 years of experience in creating web and portable applications, where she has managed, designed and marketed them.

Naiza Khan is a visual artist and the beneficiary of the 2013 Prince Claus award. The Prince Claus Award appreciates and gives honor to those people whose endeavors have a constructive affect in their particular social orders. Naiza is a Pakistani and so it is undoubtedly an honor for every one of us.

Sharmeen Obaid Chinoy is a Pakistani writer and film maker. She won an Academy Award for her documentary, Saving Face in 2012 and became the first Pakistani to win an Oscar.

The reason behind mentioning these names is to spread awareness and let you all know that Pakistan is moving forward, slowly, but it is progressing. Working women in Pakistan are low in number as compared to working men; this is because of our self-made cultural barriers and mindsets that do not allow us to let our women step into the corporate world. Women compared to men are more creative and can perform really well in media. Only if women are not exploited and are allowed to work in peace, Pakistan can benefit a lot.

It is miserable how nearly 99% of women working in the film and TV sector have encountered sexism. Every one of our news correspondents, performing artists, hosts and VJs have recorded complains about their producers and co-workers for not giving them a chance to work in peace or in a nice and decent environment.

Similarly, several emerging fashion models are seen complaining about their agents and agencies for asking about inappropriate favors in return for work. Women are tackled in a situation where they have to say yes to all the unfair and inappropriate demands of their bosses or else are shown the exit way.

This creates social as well as psychological issues for women who are forced to make desperate choices in desperate times.

We need to start placing confidence in our women and believing in their capacities; we ought to allow them to work for the families’ and the nation’s betterment in general.