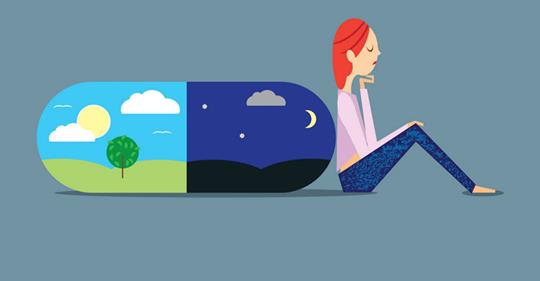 7 Facts about Antidepressants That People Won’t Tell You

Depression is a condition which is diagnosed by friends more often than doctors. It’s relatively simple to label someone as “depressed” without any diagnostic laboratory or radiological tests. It gets even worse in countries like ours, where antidepressants are available over-the-counter and can be purchased with no questions asked.

Anyone consuming these medicines should be aware of the pros and cons of these medications because unlike popular belief, these aren’t magic pills. They have the potential to make things worse before making them better.

The pathophysiology of depression revolves around neurotransmitters, with Serotonin and Neuroadrenaline playing the central roles. Varying theories of fluctuating levels of these substances have been proposed for years, and the matter is still under discussion.

With over thirty different types of antidepressants available, the most common ones are directly linked to Serotonin and Neuroadrenaline levels.

Patients on thesee medications are not expected to understand and/or remember the chemical terminologies, but they should remember the following facts:

Antidepressants do not work as quickly as painkillers or anti-allergic drugs. They require time to build up a response. It is after 1-2 weeks that the effects become evident and another 6 weeks are needed to see the full response.

Patients who are ignorant of this fact may feel frustrated that the medication is not working, even though it is just taking its natural course. 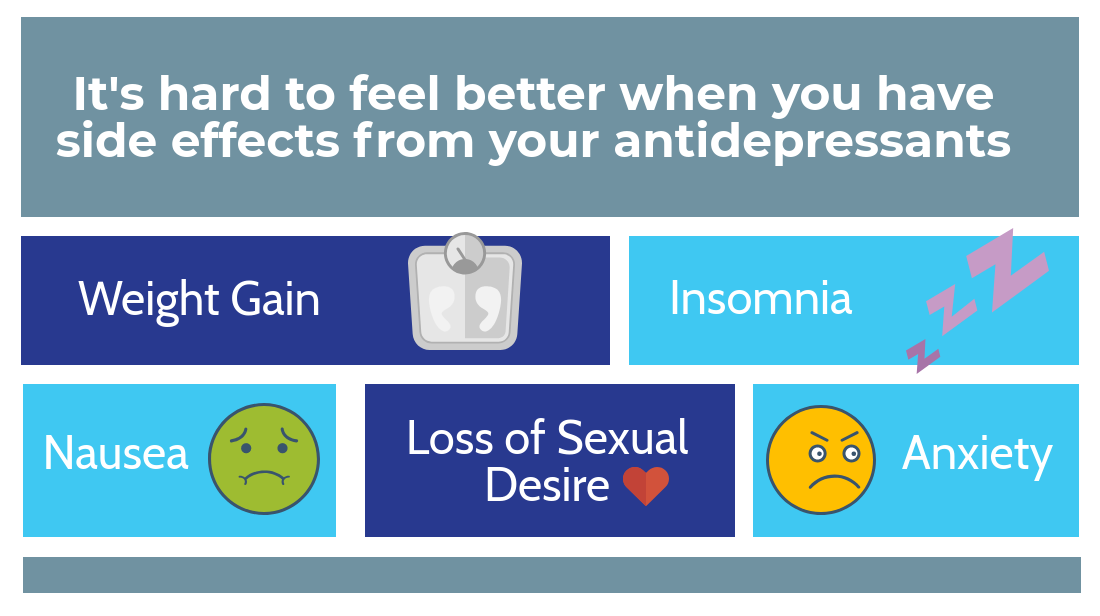 Apart from side effects, patients should also understand that stopping the drugs abruptly may cause withdrawal symptoms which can last from 2 weeks to 2 months.

3.      May Cause Suicidal Tendencies

Ironic as it may sound, antidepressants may cause increased suicidal thoughts in younger people. Therefore, certain types of antidepressants are avoided in patients below the age of 18 years.

The risk of these serious side effects can be lowered with the newer formulated antidepressants. And unlike the older Tricyclics, newer SSRIs are not as lethal in case of overdose.

4.      They Need To Be Supported By Lifestyle Changes

Just like diet regimes have to be supported by exercise, the effect of antidepressants have to be strengthened by mood-boosting activities, such as eating well, talking to friends, and taking up a hobby.

Avoiding alcohol, loneliness, and depression triggers is essential for keeping the patient on track and preventing them from falling into depression again.

The medications and lifestyle changes have to go hand in hand to bring about a permanent positive response.

5.      Alternative Medicines and Treatments is Available

Some patients may choose to avoid allopathic treatment due to the side effects or cost. These patients can opt for other treatment strategies, like psychotherapy and cognitive behavioral therapy. An herbal drug called Hypericum, made from St. Johns Wort, has gained some popularity in its antidepressive properties, even though there is no evidence-based research on the clinical effects and side effects of this herbal drug.

Antidepressants take some time to begin working but can stop working as soon as the patients stops usage. It has been recommended to regularly use the medications until six months after you start feeling better. Elderly patients may have to take antidepressants for several years in order to ensure the depression does not return once the medication stops.

7.      Can Be Taken During Pregnancy and Lactation

Post-partum depression is an under-reported phenomenon and may result in severe marital conflicts and/or danger to the newborn.

Research shows that certain antidepressants may be taken during pregnancy and even while breastfeeding.

This is because a very small amount is transferred to the baby, which can be easily removed by the baby’s circulation. Nevertheless, clinical supervision is mandatory and should be discussed with a physician.

The bottom line of every antidepressant debate is that these medications should not be taken lightly. Apart from the common facts mentioned above, the effects of these drugs vary from one individual to another. They must be consumed under the supervision of a physician who is aware of the patient’s medical history, concurrent drug usage, and psychosocial background. It is only when the right drug is prescribed in the right dose for the right period of time, it will be possible to bring about the right response.