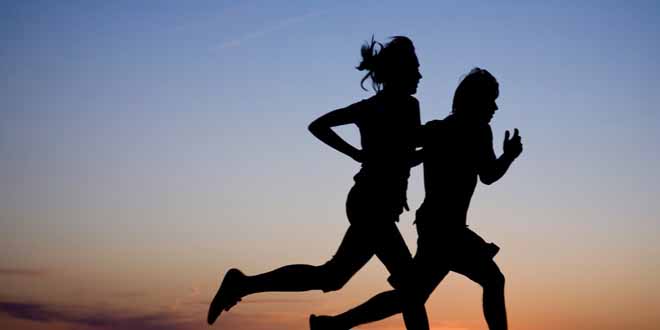 5 Tips for a Healthier and Fitter You

Every day amidst of surfing the television channels, I happen to notice advertisements of exercise machines stretching up to more than an hour. Having lived for nearly two decades, it is now that advertising and hence subsequent promotion of working out is being witnessed so commonly. One thing is clear; the world is demanding high technology equipment to remain healthier and fitter. This demand is supplied by providing machines of all sorts; some particular for certain body parts while rest serve to the body as whole.

However, purchasing such equipment solely would not aid in bringing one nearer to his/her fitness goal. There are other factors that play a significant role which includes one’s diet and, most importantly, its positive correlation with one’s sleeping patterns. The list goes on to include the amount of working out, occasional checkups with the physician and getting rid of bad habits such as smoking and/or drinking. Last, but not the least, staying happy and stress free would lead to the perfectly fit and healthy you!

First of all, you should consult a nutritionist and with their consent, you should include certain edibles in your diet plan. The most highly recommended ones are always that come with rich packets of vitamins, proteins and good fats! Including such foods in your diet is also known as “clean eating.”

Clean eating can be followed by initially limiting and eventually ceasing the intake of processed foods in your diet. The amount of home-made food, such as whole-wheat pasta, should be included instead. Baby spinach and chickpeas are also minimally processed and also provide essential fibers and vitamins.
Vegetables and fruits such as onions and corn (on the cob or off) are well known for reducing cancer risk and so are peas, which may be tiny but mighty as ever. Green vegetables such as kale are enriched with vitamin C that reduces the amount of LDL, which is also known as “bad cholesterol.”

Hence vegetable salads should be consumed over whole meal as it is higher in nutrition values and lower in unwanted fats. Not to mention, breakfast is the most important meal of the day and hence it should be made a point that it is not skipped by any means otherwise no matter whatever plan is followed, daily health tips will always be a long gone thought.

Sleeping right after consuming a meal is very precisely termed as the “devil in disguise.”  This is due to various reasons; few of them would be discussed here.

Heartburn is referred to as the condition where excessive stomach acid is produced and it’s spread over the thoracic regions, often accompanied by burping. This occurs when one lies flat on their back after having a meal. Consequently, sleep is disturbed which is directly linked to impaired judgment the next morning. Even more hazardous is the chance of having a stroke, before which I would like to elaborate more on acid reflux.

Acid reflux, also known as gastroesophageal reflux disease, is caused when the valve between the esophagus and stomach is not entirely closed and stomach acid washes up the mucous membranes of the esophagus. It is researched that this also gives rise to sleep apnea, which is in effect linked to strokes.  As per other theories, the effect of digestion on cholesterol count, blood pressure and blood-sugar levels may affect the livelihood of having a stroke.

Therefore, those people who take the longest break between a meal and nap are the ones with the lowest risk of having a stroke.

After reaching your 30’s, majority of the people tend to lose 10% of their aerobic capacity. This can be reversed, however, by regularly exercising. This is one way to mention the importance of it while the other one is that it reduces the chances of many age related diseases including the highly hazardous osteoporosis and stroke. Working out also improves the skin and muscle tone.

Working out also boosts immune system in both teenagers as well as adults. In teenagers, exercising is a powerful immune cell stimulator while in older men, where the functioning of the immune system progressively declines and response is reduced to vaccinations, regular cardio work outs are of a great help. Jogging, walking or cycling can moderately counterbalance the immune function in older men.

Occasional Checkups With the Physician

Annual or half yearly checkups would help in an early detection of any disease. This would further help in advising a diet plan so as to prevent it from spreading elsewhere in your body. Which tests and what screenings are to be done depends on the person’s age, genetic predisposition for a particular disease and what that person eats. Other information such as the amount of smoking and drinking is also required. Once the test are done with respect to the criteria, the reports are to be read by the physician and any alterations with the medicines, or the lifestyles which are needed, are to be discussed.

Getting Rid of Bad Habits

A bad habit is an addiction that most of us are addicted to. It’s so difficult to let go of them because they are so well instilled in us. However, a person needs to be only genuinely willing to give up on them and letting them go could be easy as ever.

Pharmacotherapy, which is nicotine replacement therapy, has generally be found effective in making people give up on smoking. When someone wants to get rid of smoking, alternatives should also be embraced to do in the time utilized in smoking. Search your wardrobe, closets, chests and shelves to find any cigarette or lighter or match box. Discard it instantly! Companionship should also be changed and “hanging out” with the same people who are addicts should be avoided by all means.

Consuming clean and healthy food and following a proper sleeping timetable with working out at least five times a week is a proper pathway to discover a fitter and healthier you. Obstacles in this way are all the bad habits, which you must give up by changing your company. All in all stay happy and healthy to bring out the inner glow on your face!