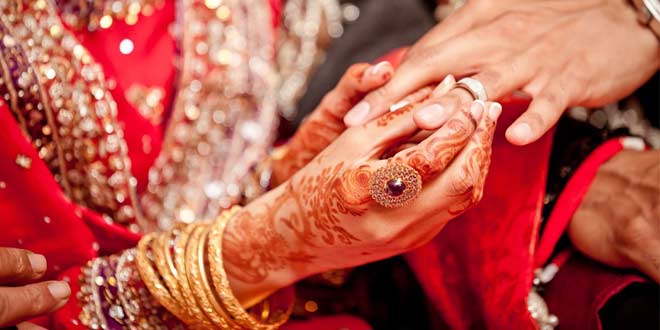 Dr Muhammad Fareeduddin of Indus Hospital said here that suffering from any disease is a burden in itself, but nothing could be worse than suffering from rare inherited metabolic disorders, called lysosomal storage diseases (LSDs), which was once considered as a rare disease in Pakistan.

However, it is no more a rare disease as the incidence of this disorder has been drastically increasing with each passing day, he added.

Presenting an overview on rare diseases, Dr Muhammad Fareeduddin, who is head of Indus Hospital’s paediatric department said: “There are over 40 types of LSDs and the estimated combined incidence of all lysosomal storage disorders is about one in 5,000 live births. However, the incidence of each of the different diseases can range from one in 40,000 up to one in 2,000,000 whereas in Pakistan, over 150 cases have been diagnosed in two years. The reason could be the higher frequency of consanguineous (blood-related) marriages in many communities,” he opined.

To a query, he said, “We are aware about the deaths due to LSDs during last year. The actual number of such deaths could be much more but unknown due to the absence of LSD diagnosis facilities. We have 13 under-treatment patients in our country”.

LSDs means that there is something wrong with the special chemicals called enzymes that are required to break down certain substances in the body. As the enzymes are found in compartments in the body’s cells called lysosomes, hence the name given is LSDs. As a result of this deficiency, various materials are inappropriately stored in the cell. Over time, the amount of material building up in each lysosome causes it to swell and occupy more space in the cell, leading to additional problems for normal cellular function. Cells thus become dysfunctional and may die, resulting in a wide variety of clinical symptoms.

He said awareness and the availability of proper health services vary extensively in different regions of the country. Metropolitan cities are still doing well, as awareness is there. Expecting parents should be suggested prenatal diagnosis in order to prevent the recurrence of the disease.”

Although rare diseases have limited treatment options, a few of the LSDs are now treatable with enzyme replacement therapies. Dr Fareeduddin explained, “We cannot say these LSDs are rare in Pakistan. Rather nobody is recognizing them because of lack of awareness and lack of diagnostic facilities. As a group they form a very significant segment of the patient load and in order to create awareness and support, they have to be projected as a problem which is significant, but remains unrecognized for various reasons, including poor diagnostic facilities and unavailability of treatment options.

However, the arrival of enzyme therapy has sparked new hope for parents of these genetic disorders.”
Dr Fareed said the fact that there are treatment options available now does not prove to be helpful to many of the affected children. The available treatment is beyond the affordability of many and only government support can make the treatment possible for them. Though, it is true that the government has to cope and provide medical help for more common illnesses like TB and malaria, it may be worthwhile for the government to set up a separate fund for patients suffering from these rare illnesses.

There is a strong need to create awareness of these disorders both among the lay people and the medical professionals. These children display unusual courage, tenacity, and grace in dealing with extraordinary challenges thrown up by their disease. These children need the support of the society and the government so that the life-saving treatment with the enzyme can be provided to them.

Elaborating, he said that in many developed and developing countries, government supported programmes provide help to such families in getting free treatment and medication.

He urged the government to set up facilities for screening, diagnosis, appropriate enzyme therapy, and rehabilitation for making the patients’ lives more comfortable.