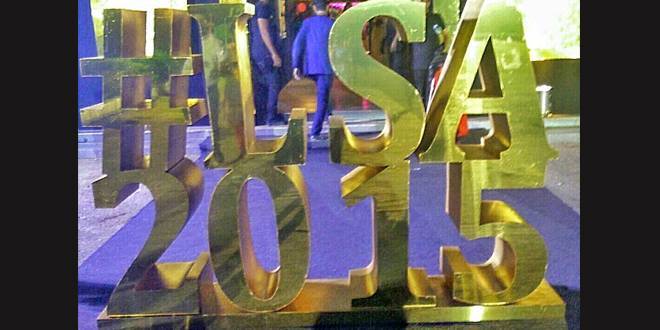 From fashion designers to models and from actress/actors to directors, the elegant event held at Expo Center, which included many musicians, was a vital showcase for participants of the Lux Style Awards 2015.

Everything was simply great; from outfits and the poses to the ambiance, it was star-studded night. Joint hosts were Fawad Khan and Mahira Khan, an on-screen couple loved by fans. The dazzling pair opened the show with their perfect sense of style and wit.

The new music sensation, Saira Haider, who just did made her debut at Coke Studios, successfully secured an award for the Best Emerging Talent in Music. Well, we must say, it was well deserved.

The Best Female Model Award went to the gorgeous Amna Ilyas. She really deserved this one with her beautiful looks and skilled ramp walks.

Song of the Year: Roiyaan by Farhaan Saeed

With the man! #LSA

#Rockstar @AliZafarsays reaction to the tribute is just priceless, as a fan of him even I was touched #LSA2015 pic.twitter.com/uvKAoWuF7C — عائشة (@dollyayesha) September 30, 2015

LOVE THIS PIC, HIS EXPRESSION #FawadKhan#LSA2015pic.twitter.com/lCWbFFYCSf

Congratulations to all of the winners!