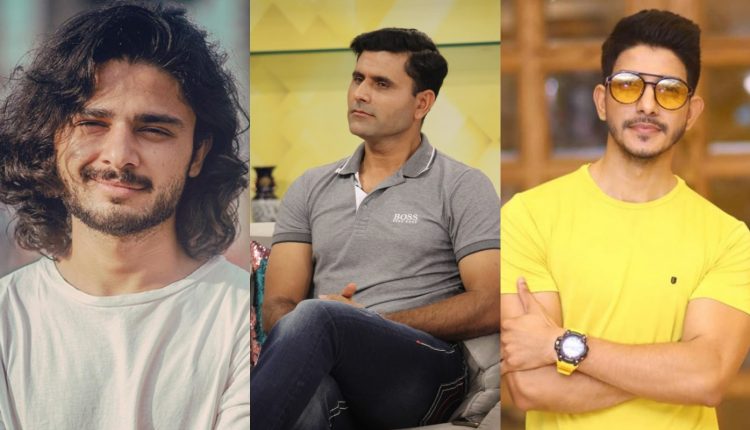 ‘His’ Word Against Many of ‘Hers’

It’s not about the proofs you bring, you are at an odd if you are a woman.

While it opened a new discourse about workplace harassment and the #MeToo movement in the country, it seemed that there were far too many people who wanted a career in law but failed and decided to unleash their obsession with burden of proof, whenever a woman came forward with a case of harassment, predatory behavior or domestic violence.

The past week, however, gave a new insight as three cases surfaced with two getting the attention and the third swept under the carpet in spite of being taken seriously.

Many women spoke against influencer, Umar Khan, who was accused of sexual harassment alongside predatory behavior which involved demanding personal pictures of women and luring them in exchange for a promising career. The women who came out did not only have screenshots, rather there were many individuals, men and women alike who were witnesses of Khan’s behavior of making women rather uncomfortable. However, instead of believing the numerous women who had ‘proofs’, many chose to side with a foreign woman’s account and a short video in which Khan refuted the allegations.

While the news about Khan was being discussed, there was another incident, as actor Mohsin Abbas Haider’s partner, Fatema, shared her story of being physically beaten and abused by Haider. Fatema did not only write an account on social media, she also shared pictures which showed bruises. The next day, Haider held a press conference which was shown on channels, as he refuted the allegations and said that his behavior with other women in his life i.e. his mother and sisters should be seen because he has not raised his hand on them. The actor also used religion to prove his innocence and as expected, people chose to believe him after getting their favorite ‘other side of the story’, and again, irrespective of the proofs, the woman was shamed and her claims were discredited.

Related: What You Can Do If Someone You Know Is A Victim Of Domestic Abuse

Now the third case, is perhaps, the most interesting and nobody asked for the other side of the story or proof as well, rather the whole situation was taken in ‘good humor’. Former all-rounder, Abdul Razzaq, recently admitted on a television show hosted by Hadiqa Kiani, that he had multiple affairs. When Hadiqa inquired about his marital status at that time, Razzaq calmly said that he was married, and while he said this the audience, guest and the host laughed and lauded him for not upholding the tenets of fidelity. There was no uproar about this, and nobody passed any judgment on the former cricketer despite him openly acknowledging affairs, something which would have destroyed Razzaq, had he been a woman. No one started a hate campaign against Razzaq, neither was he questioned by any of his followers if he was guilty or if he was so progressive that he and his partner both were in an open relationship. But character assassination would have been waiting for a woman if she would have shared an account of harassment or domestic violence, and not even affairs.

What is common about the three cases is the person behind the narrative; one man’s word has had unimaginable weightage as opposed to many women voicing a similar narrative, which makes one wonder if it is even about proofs after all, because at the end it would always be a man’s word against the women’s.

Also, before we drag courts, whose lengthy and emotionally and financially draining proceedings we conveniently forget, a law student, Khadija Hussain’s attacker Shah Hussain was previously acquitted by the Lahore High Court, despite him stabbing Khadija in broad daylight with numerous proofs. Hussain is now behind bars owing to intervention of the Supreme Court but the harsh reality exists that the LHC did acquit Hussain despite Khadija having a plethora of proofs against him.

Rather, Mukhataran Mai’s petition against the acquittal of 13 rapists who raped her, was dismissed last month and it took the Supreme Court eight years to approve her appeal for hearing which was filed in 2011, with the Lahore High Court acquitting five suspects because of ‘lack of evidence’. Mai was gang raped publicly in 2002 and was paraded naked on the streets. While there were 14 men involved only six were taken to court. The important words are – publicly raped and paraded naked, because obsession with proofs right?

The pattern is not difficult to be identified here, the burden of proof should lie on the perpetrator instead of the survivor but all thanks to patriarchy, it always paints woman as the one who invites the crime and owing to a collective culture of victim blaming and victim shaming, the survivor has to carefully choose her words and defend herself against something as basic as her right to live.

Haider openly admitted about his anger management issues and there was a discussion about not blaming him because of his depression, but if we look closely, that’s the classic shield used by men to evade responsibility of physical and emotional abuse. Girls are raised to believe that their fathers and brothers can have ‘temper’ issues so they just need to be patient and let that phase pass because so what if he hits her, he also provides for her right? Haider shamed his partner for asking him to provide for his child, ignoring that the religion he used to prove his innocence also states tenets which he chose to ignore.

Believe the survivors, because it takes great courage to speak up about the trauma and own it. If there was a system in place women might not need social media, a tool often criticized by many but one woman opens up about her ordeal and 20 more open about theirs, and while it is comforting to see the solidarity it is heartbreaking to see countless women being in the same boat which remains invisible to so many men and women alike who are blinded by their various forms of privileges.

But soon, the boat will be rocked hard enough to take those blinkers away and till then make sure your voice is heard.