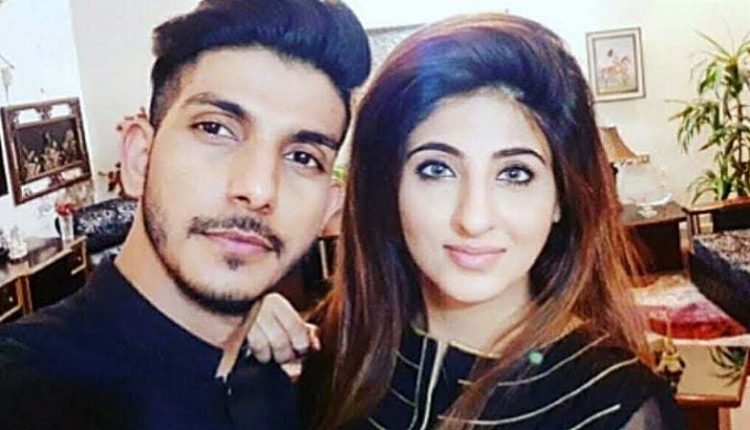 On Saturday night, July 20th, actor Mohsin Abbas Haider was accused by his wife Fatema Sohail of physically assaulting her and infidelity. In a post shared on social media platform Facebook Fatema mentioned the details of her abuse with corroborating pictures as evidence.

Soon after the allegations, actor Dua Malik, Gohar Rasheed and now Hamza Ali Abbasi have come out as witnesses to the abuse Fatema faced. This has led to many twitteratis questioning their choice of time to come out in support now than outing Mohsin when the incident took place last year.

However, it is pertinent to understand that when and how to tell a story of abuse is the prerogative of the survivor since it’s their story to tell. More often than not, women believe things may change and hence, choose to stay.

Other times the trauma and shock of the abuse is too much to take for a survivor to get a grasp of what they have faced let alone be able to tell their story.

Similarly, after the allegations surfaced a lot of women spoke up and mentioned either their stories of abuse or that of a loved one on micro-blogging site Twitter.

Story after story that followed, only goes on to show the prevalence of domestic violence in the country. In 2018, 3,860 women complained of being victims of domestic abuse to the Punjab Commission on the Status of Women. These complaints were made in Punjab alone.

With so many cases, there is a high chance that you may know of someone who might be in an abusive relationship. And here is what you can do to help them without telling their story for them.

Look out for the red flags

First thing first, maybe your friend or relative hasn’t confided in you yet but you can sense something is wrong. So, to be sure look out for these signs:

Look for clues and reach out if you are alarmed.

Commit to being there

If your friend/relative decides to open up to you and confide years of pent-up fear and frustration you will have to take time out to listen to them. This can’t be a one-off where you want to know what’s happening but don’t have the time because you have other commitments.

Also make sure that you try to reach out to them during a time of calm in their life as getting involved otherwise can put your life in danger too.

Remember this isn’t about you. So, don’t judge the survivor and their story. Believe them and be there for them. And most importantly, don’t pressure them to leave because you think they should.

Actively listen to them and give them the full opportunity to talk.

Related: Leaving An Abusive Relationship Is Hard – Here’s Why!

Help them build a safety plan

If you have established yourself as being a safe person for the survivor, you need to help them with a safety plan. Many women choose to stay in an abusive relationship because they don’t have anywhere to go.

On the other hand, they may have a lot of conflicting feelings about their partner. These may range from guilt and anger to love and fear. For them to be able to understand their situation better, you should validate their feelings. Tell them it’s normal for them to have these feelings and then help them build a safety plan.

This could range from mental coping mechanisms to legal processes. Let them know that support is available if they need it.

Most importantly, remember that you cannot magically wave away the pain and frustration the survivor may be facing. The process cannot be sped up. Be there and be patient.

If you or someone you know maybe a survivor of domestic abuse, you can register your complain at: