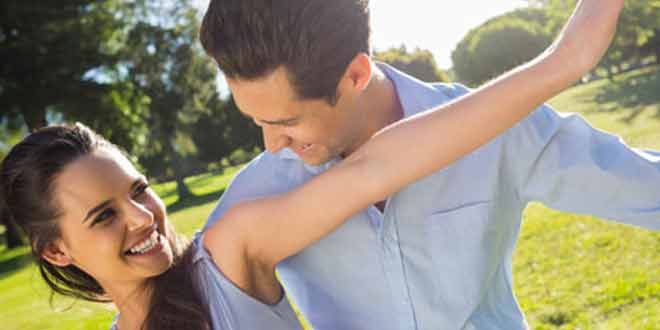 8 Things Men Like In Women More Than Good Looks

It is a typical misguided judgment about men that they think more about the looks in a woman. Let’s be realistic, who wouldn’t choose looks at first? What’s most important is, that we should not stick to this one factor- good looks, but should give other qualities more significance, qualities that matter the most and actually make a difference to one’s personality. Here are some traits men like in ladies more than great looks. It’s not always only about the looks, for men.

Men adore it when their women back them up and support them in the greater part of their efforts. I firmly have confidence in the idiom that, ‘behind every successful man, there’s a woman’. At the point when your man genuinely adores you, modest and shallow things go out the window and what they expect from you is what’s going to matter over in the long-run.

2. Making Them Your Precious Time

A man likes it when his woman dedicates most of her time to him, since time is a standout among all the good things you can give to your man. Not only being on time, but making your time, his time. Making him feel he is the priority in your life, not only makes him feel special, but tells him how much he means to you.

Men don’t simply think about how beautiful you are, yes they will compliment you each and every day since they admire you and they couldn’t care less about your looks. Moreover, trust is vital. ‘My better half had a harsh past, so it was difficult for me to pick up her trust, however, I attempted my hardest and I, at long last have it, I, at last picked up her complete confidence and trust in me, this felt like an achievement and still is.’- This, for men is a milestone in their relationship.

A man respects it when his woman really listens to what he’s saying and don’t simply nod her head without concentrating on what he is saying. Everyone needs somebody to converse with, about their day, about their life, about work, such a variety of things happen throughout the day.

5. Sense of Humor and Personality

A girl with a sense of humor is a home-run for any man. Not only man loves it when his lady gets his jokes and laughs at it, but, also loves to laugh if she is equally talented to be funny like him. This is a booster in the personality of the girl which overshadows looks anyway.

The way to enter into a man’s heart is through his belly. Every man loves to eat good food and what better it could be than to have a partner who has the quality to cook good food. Coming home to a scent not only makes the man happy, but he feels satisfied to say, he found a ‘home’ in his partner.

7. When a Woman Enjoys Her Food

Men like women who love to eat and can even be a partner in their love for food rather than whine about the calories.

Being independent is a major plus factor for a guy even if some think it will increase insecurities. No, being independent means she has goals and ambitions of her own and doesn’t depend on you to fulfill them. This way not only you will be proud of her, but will feel pride in having her by your side.