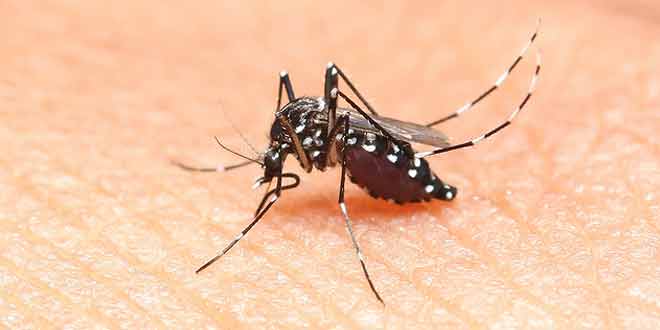 A leading member of the Global Outbreak Alert and Response Network (GOARN) has warned that mosquitoes carrying the Zika virus have been found in Pakistan.

“Keeping in view the presence of Zika mosquitoes in the country, the health sector is on high alert and has been urged to devise a strategy for its possible appearance and spread in the country,” Dr Muhammad Najeeb Durrani of GOARN said.

Outbreaks of Zika have been reported in tropical Africa, Southeast Asia, the Pacific Island and most recently, the Americas. As the mosquitoes that spread Zika virus are found throughout the world, including Pakistan, it is likely that outbreaks will continue to spread.

Although the virus has zero mortality rates, it poses a serious threat to pregnant women as the virus directly affects babies before they are born as they are subject to severe birth defects.

The outbreak of Zika in Brazil also led to reports of the virus causing the Guillain- Barre Syndrome (GBS) discovered in newborns. GBS is a rare disorder where a person’s own immune system damages the nerve cells causing muscle weakness and at times paralysis.

“As we take into account the presence of Aedes Aegypti, the same vector for dengue fever, we need to think about the serious nature of the alert. Zika virus spreads to the people primarily through the bite of an infected Aedes species mosquito,” Durrani explained.

“The most common symptoms of Zika virus diseases are fever, rashes, joint pains and conjunctivitis (red eyes). The illness is usually mild with symptoms lasting for a week to several days. There is no vaccine to prevent or medicine to treat Zika,” he added.

“We are fortunate that we have hands on experience of 10 years of dealing with the same vector that causes Zika virus. Aedes aegypti has been responsible for causing dengue fever in most parts of the country,” Durrani explained.

“As such, the mechanism is there for vector control and amongst all four provinces, Punjab has revolutionised the vector control aspect of the disease. Same measures are needed for the control of Zika Virus if that emerges in Pakistan. Pregnant women should avoid visiting the countries where the virus has already been reported,” Durrani advised.

The World Health Organisation (WHO) has declared the mosquito-borne virus an international public health emergency due to its link to thousands of birth defects in Brazil, as the UN agency seeks to build a global response to the threat. WHO officials are unsure that the virus causes microcephaly.

The organisation said that the virus, transmitted by the bite of the Aedes aegypti mosquito, was “spreading explosively” and could infect as many as four million people in the Americas. The Pan American Health Organisation says Zika has spread in 24 nations and territories in the Americas.

8 Facts You Need to Know about Chikungunya Virus