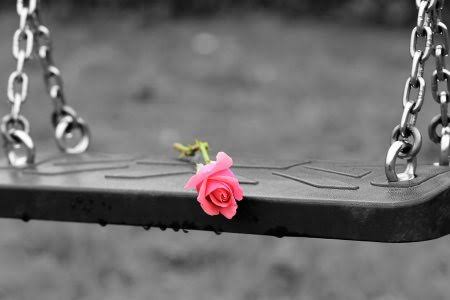 World Suicide Prevention Week: Human Mind Is Not A Switch

The World Suicide Prevention Day held this week, on September 10, was not only to create awareness about suicide but to tell people going through a tough patch in their lives, that they are not alone.

According to the WHO report on suicide prevention, more than 13,000 people have lost their lives by suicide since 2012. In fact, the Human Rights Commission of Pakistan reported around 3,500 cases in 2017. It should be kept in mind that more often than not, cases of suicide are often not reported owing to the stigma attached to it.

But is there a way to deal with the stigma, because there is no denying that people take their lives each day due to various factors especially failing mental health, and shaming families or people on the basis of religion doesn’t save anyone.

Related: The Alarming Rise Of Suicides In Thar

Losing the will to live is certainly what leads many people to the path of suicide but instead of focusing on what leads them to the loss, society bashes them for thinking that way, reminding them that they are just ungrateful. But then our minds don’t have a simple binary switch with 0 and 1 which can be turned on and off through a checklist of the blessings we have.

Rather, people who attempt suicide and are lucky enough to survive are often pushed back to the act when they are mocked by family and friends. It is fairly common for people to call it a ‘stunt’ or ‘attention seeking’ behavior, ignoring the tremendous amount of pain one goes through to be contemplating suicide.

Being kind to people with suicidal ideations

Glorifying suicide by associating it with those who belong to the world of arts is also wrong because suicide is about enduring a life of horrific pain which cannot always be shown to the world. Negative reinforcement is one of the worst ways to deal with a person who has just survived an attempt. Saying things like “you couldn’t even die” or “you can never do anything right” would not help a survivor, rather chances are that they may harm themselves again.

According to psychotherapist, Zaufishan Qureshi, many of the patients who survived a suicide attempt remember the harsh reaction of their families.

“People who survive a suicide attempt are subjected to a lot of humiliation which effects their pride and sense of self, and regaining it after an attempt is extremely challenging.

It is thought that snubbing, ridiculing and humiliating the survivor would discourage them to attempt suicide again, but this is not the case. In fact, this too becomes a reason to attempt it again,” she said.

She mentioned that suicide is a cry for help and the helplessness and powerlessness in a given situation gets so unbearable to a person that suicide seems like an only coping strategy to escape it all.

“In fact, there is no such thing as ‘doing it for attention’, because unconsciously one is really troubled even if they are doing it for ‘attention’. As therapists, we always take it seriously and explore unconscious motivations to help such a person out,” she said.

Subtle ques that could save a life

Many times, we hear people being extremely shocked when someone takes their life because they seemed to be perfectly fine and showed no signs of any mental illness. While it is not easy to put a finger on who would be contemplating of suicide, sometimes people do give subtle cues, which can be helpful if they are taken for treatment.

Zaufishan said that people who are suicidal often start with joking about it.

“We need to take it seriously if someone jokes more than often about their suicide or death. Along with this, giving away personal belongings and not caring about monetary possessions furthers are some of the subtle but common signs for someone who is considering suicide. Other not so subtle signs are writing on social media about death or a wish to die. Some people even directly talk about planning a suicide,” she said.

She also felt that people were often scared and clueless to approach their friends with suicidal ideations, but despite that, it is best to ask the person.

“Research suggests that it is perfectly alright to ask your friend to elaborate on their suicide thoughts, to ask them reasons and to help them arrange resources for getting out of a situation that is making them suicidal. In recent times, a lot of suicidal people came to me for counselling just because a good friend took out the time to bring them in for therapy. I have found these ways to be helpful. We need to be more perceptive and take the subtle and not so subtle signs seriously and act accordingly,” she explained.

She also pointed out that if the person expressing suicidal ideation was taking a psychiatric medication, then the dosage should be given by the people in family: “Often people overdose on their psychiatric medication or prescription meds. The first thing a family has to do is to remove the access to all the medicines in the house.”

Apart from this, we need to encourage the idea of support groups instead of calling people weak for seeking out help.

Related: Is Mental Health An Option For Just The Privileged

“It could be a proactive approach to express emotions and problems that make one feel alone. These could be formally arranged support groups or could be any natural community setting. A person who is suicidal not only needs resources to resolve their personal crisis, but they also need to feel that they belong. The community sense is really important and should be inculcated at workplaces, mohallas, dhabas, academic settings for students,” she added.

It takes immense courage to talk about suicide, as someone who has attempted it as well as someone who has lost a loved one to suicide. If one finds out that a person took their life, instead of prodding the family with unnecessary questions, it’s always better to show them support in their tough time.

Also, being suicidal is not a personality trait which should be used to identify a person, rather people are larger than their mental illnesses and instead of shunning and putting them in a box, we should show empathy towards them because you never know you may save someone just by being there for them.