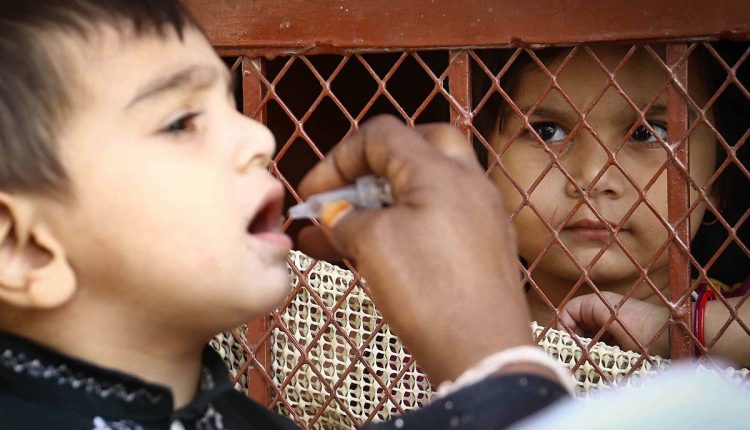 Pakistan is one of three remaining countries in the world where polio is endemic, along with Afghanistan and Nigeria

Nothing can explain better how the socio-political situation of a country can affect the wellbeing of the people than the prevalence of poliovirus in Pakistan and Afghanistan.

Poliovirus belongs to the family of Picornaviridae. This is an enterovirus that only infects humans and spreads through person-to-person contact. The virus causes weakness of muscles leading to one’s inability to move. The primary cause of the disease is the infected fecal matter entering the human body through the mouth. Once entered, it attacks the lymphoid tissue and directly infects the central nervous system. The duplication of the poliovirus results in the manifestation of the virus in the body.

Unlike the two countries mentioned above, poliomyelitis is a story of the past in the rest of the world. However, the Pakistan government is doing a commendable job in materializing a highly systematic polio eradication plan that includes providing unprecedented security to polio workers. This is the reason why the total number of cases reported in 2019 has thus far been only four, lower than any previous year. However, we are still unable to eradicate polio from the country. And here is why:

The misinformation about the anti-polio program goes unchecked. This causes insecurity among parents and prevents them from getting their kids vaccinated. The propaganda against the anti-polio vaccines drive has decelerated the overall eradication process.

Recently, the government decided to urge the Youtube and Facebook management to remove all the misinformation about polio vaccination on their platforms.

In this digital age, social media greatly influences public opinion. Whatever there is on social media, affects behaviors and attitudes in society. But should social media be regulated? It is a lot more tricky and complicated issue than it seems.

However, in regard to the current propaganda, the real question is how criticism regarding the polio vaccine can be controlled. The fact is that negative online content regarding the anti-polio program is the major obstacle in achieving complete abolition of the virus.

Another reason behind the slow-paced polio eradication process is the ongoing attacks on polio workers. Even the WHO has raised eyebrows at the killings of volunteers in Khyber Pakhtunkhwa. According to the WHO, Pakistan, Afghanistan and Nigeria are the only countries where polio is still endemic and attacks on polio workers are one of the major setbacks to the drive.

RELATED: Does Your Child Need Multivitamins? Kids Health Facts You Need To Know

3. Blind Spots at the border

The virus can also be transmitted through blind spots present at borders, these are areas the security forces don’t have access to. For example, the Afghanistan border has long been a concern for the polio team.

In the past few years, cases of the virus being transmitted from the neighboring country as a result of the cross-border movement have also been reported. In order to achieve a polio-free Pakistan, diseases surveillance need to be more focused.

The security issues and misconceptions surrounding the anti-polio campaign have caused a setback to the whole process. However, the recent improvement in the overall security situation in the country has alleviated the threat to an extent. Well-organized patrolling and foolproof security arrangements have made it easier for volunteers to continue working for the cause.

However, in order to completely eradicate polio from the country, strong commitment and seriousness is required. The government has to give more power to security agencies to take strong actions against terrorism and those creating hurdles in the polio eradication campaign. Awareness campaigns will also help to eliminate people’s insecurities about polio vaccine.