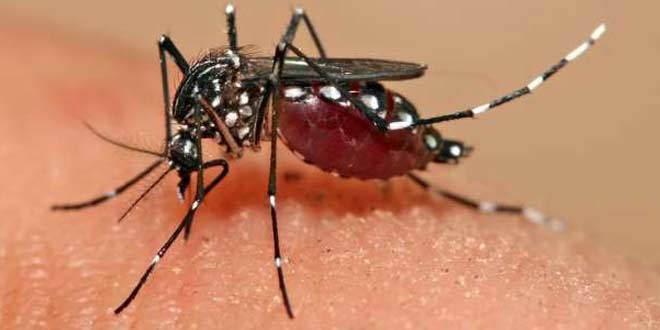 Health experts have advised the general public not to get panicky about the news concerning spread of Zika virus, instead adopt preventive measures.

They were speaking at an awareness session on “Zika virus and vector born diseases” held here under the auspices of Directorate of Health Services, Karachi, at Civic Centre.

The session was addressed, among others, by Prof Dr Shahana Urooj Kazmi, Dr Farhana Azeem and Dr Masood Solangi.

Speaking on the occasion, the Director Health Services Dr Zafar Ejaz said although the Zika virus has not been detected in Pakistan, still there is a need to create awareness about it among people.

He was of the view that there was no need to get panicky about the disease.

He directed the healthcare providers to create awareness about Zika virus and its effects on pregnant women in the city’s public sector hospitals.

Manager Dengue Prevention and Control Prorgramm, Sindh, Dr Masood Solangi said that though Zika virus was first detected in 1950 in America, still there is no vaccine to prevent Zika virus or medicine to treat its infection.

He explained that out of five infected people, the symptoms of Zika virus appear only in one person while these signs and symptoms disappear within a week itself.

He further explained that infection, known as Zika fever is similar to dengue fever, but its intensity remains low as against dengue fever.

He, however, did not rule out the possibility of Zika virus in Sindh, particularly in Karachi as dengue vector can play role of host in its spread.

He advised the public to keep their food items and water properly covered at homes and workplace. He said stagnant water must not be allowed to accumulate in any part of the city and citizens should adopt preventative measures to prevent from the virus.

Prominent gynecologist Dr Farhana Azeem discussed in detail the symptoms of catching Zika virus and its effects on pregnant women.

Prof Dr Shahana Urooj Kazmi said outbreak of Zika virus was reported from South and Central America.  She said Brazil has reported most of the cases in the outbreak, so far.

The Zika virus is drawing attention because of an alarming connection between the virus and microcephaly, a neurological disorder in which babies are born with abnormally small heads, besides it causes severe developmental issues and even death in some cases.