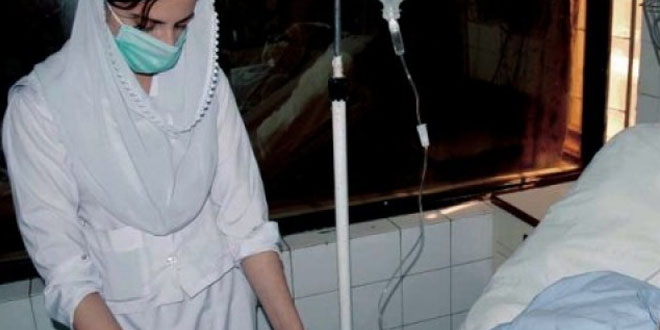 The provincial health department has removed five officers of College of Nursing from their posts for their appointments against the rules and directed them to report the department, it was learnt on Friday.

All removed officers had originally been posted in College of Nursing Jamshoro as clinical instructors but they got lucrative posts against the rules through political influence. Director Nursing Surriya Memon had been given additional charge of Controller Sindh Nursing Examination Board.

On the other hand, the departmental promotion committee meeting for promotion of nursing cadre had been postponed again due to unnecessary interference and influence of high-ups of health department to promote their favorite ones.

It was pertinent to mention here that it was decided in 2013 that 50 percent clinical and 50 percent nursing instructors to be promoted to next grade but due to unnecessary interference of the health department officials, the DPC meeting was postponed fifth time.

The winter starter-pack we all need for our skin