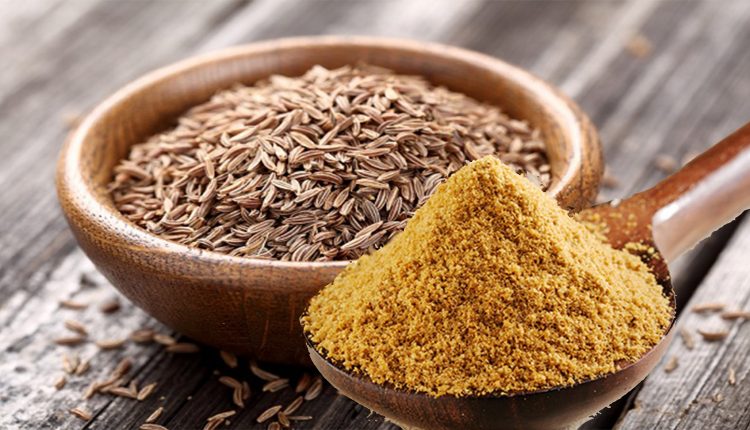 It’s always fascinating to learn about the health benefits of common kitchen spices. You’ve probably seen cumin listed before in recipes for various curries and hummus dips, maybe you even keep it stocked in powder form in your pantry. But did you know that along with adding an incredible and unique flavor to your food, cumin has been used for its medicinal benefits for thousands of years?

Cumin is so much more than just another spice to add to a spice blend. It has a distinct flavor that makes it a favorite for many, but of course its health-supporting properties are impressive too!

Bloating and flatulence are common issues that are caused by indigestion of food. Cumin prevents the accumulation of gases in the stomach and intestines by helping in complete digestion of food. Cumin can be consumed in many forms for weight loss.

Mix 1 teaspoon of cumin powder with 5 grams of yogurt and eat it daily.
• Soak 2 tablespoons of cumin seeds in water overnight and boil the seeds in the morning.
• Filter it to remove the seeds and squeeze a half-cut lemon to this.
• Drink it on an empty stomach every morning for 2 weeks for quick weight loss.

Cumin is considered a good source of iron, manganese, magnesium, phosphorus, and other minerals. It also contains vitamin A, vitamin C, vitamin E, and B6, as well as beneficial amino acids.

Good for the Brain

Cumin protects against memory loss and the damaging effects of stress on the body. It stimulates the central nervous system, which has even sparked studies about its potential benefits. Cumin seeds are naturally rich in iron. Children need iron to support growth and young women need iron to replace blood lost during menstruation. Cumin or Zeera is a good iron source, even when used in small amounts as a seasoning.

Cumin appears to have antimicrobial properties that may reduce the risk of food-borne infections. Several components of cumin reduce the growth of food-borne bacteria and certain kinds of infectious fungi. When digested, cumin releases a component called megalomicin, which has antibiotic properties. Some research shows cumin may stimulate the production of pancreatic enzymes and help with digestion. Cumin Coriander and Fennel Tea is go-to for tummy aches. It is also good for anyone trying to heal their gut.

Natural remedies for cold often include cumin for its potential ability to speed up recovery. It is a rich source of vitamin C and iron; both of them help with the recovery. The essential oils in cumin also make it helpful for the body to fight infections. It also gives relief from coughing and sneezing by drying up excess mucous.