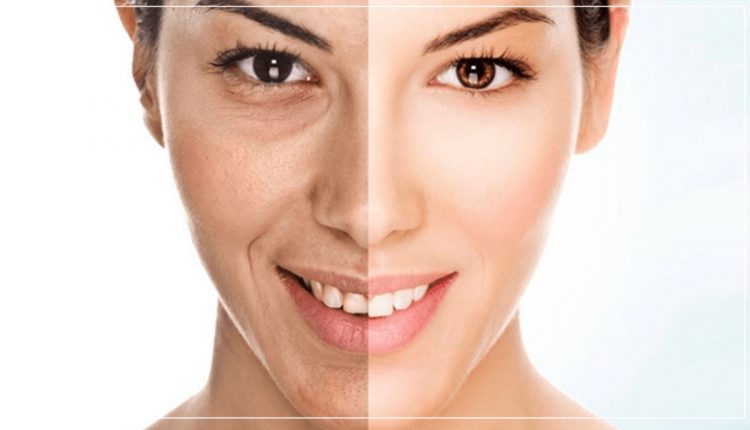 Many women in Pakistan have been affected by whitening creams as they succumb into society’s pressure of having to conform to its beauty standards.

Mumtaz Aslam used whitening cream for years to try and lighten the color of her skin. However, instead of having the desired effect, the creams made her skin sensitive to sunlight and caused blisters and pigmentation.

“I worked as a beautician in Korangi, Karachi, for over a decade and used to apply whitening creams on a regular basis. Little did I know I will become dependent on these creams. I had no idea they will cause so many skin issues,” she says.

Aslam has stopped using whitening creams now, but she has scars on her skin for life. And she isn’t the only one. Many women in Pakistan have been effected by whitening creams as they succumb into society’s pressure of having to conform to its beauty standards.

Dr Najia Ashraf, who works as a dermatologist at South City Hospital, says almost every day girls visit her for treatments to rectify the effect of whitening creams. “As soon as I see their faces I ask them how long they have been using whitening creams for. Each time they wonder how I found out,” she says.

In Pakistan, the use of whitening creams is mainly widespread in low-income localities, small cities and rural areas. This is because unfortunately, a white complexion is considered to be a marker of beauty in the country and a lot of people share a belief that lighter skin is more appealing, says Dr Ashraf.

“Girls think if they are fair-skinned they will get more [marriage] proposals and will lead to better prospects. It’s a pity that even in our morning shows dermatologists are invited to talk about tips that can help people obtain lighter skin in a few minutes, which is impossible.”

Dr Ashraf informs that people have now moved towards more quick fixes, such as using injections to obtain a fairer complexion. However, these quick fix solutions don’t lighten skin but affect kidneys and liver, warns Ashraf. “These formula and skin-whitening creams are like drugs; your skin becomes dependent on them,” she says, adding that when you stop using them, the skin suffers from a withdrawal phase which can cause itching and burning

According to a WHO report, mercury is a common ingredient found in skin lightening creams. Mercury salts inhibit the formation of melanin, the pigment which gives the skin its color, resulting in a lighter skin tone.

“The main adverse effect of the inorganic mercury found in creams is kidney damage. Mercury can also cause rashes, discoloration and scarring, as well as reduce the skin’s resistance to bacterial and fungal infection,” reads the report.

Bio-Labs Director Usman Shaukat says it’s an eye-opening report. It’s not possible scientifically to change the color of one’s skin in a few days as several creams claim. And if they do, it comes at a price.

Dr Ashraf also agrees that manufacturers use potent steroid and mercury, which badly damages the skin. She warns that prolonged use causes melasma, which can never be cured. Moreover, the skin becomes highly sensitive and one can also have abnormal hair growth on the face.

The distribution of mercury-containing creams is banned in the European Union and numerous African states while in Pakistan its sale goes unchecked.

However, keeping in view the gravity of the situation, last month, the Primary and Secondary Healthcare Department Lahore issued a letter to the field force of the Punjab drug control administration to focus on sampling cosmetics. This was especially targeted at whitening creams, including prominent brands for the suspected presence of heavy metals, such as, mercury.

According to the Punjab Chief Drug Controller Muhammad Munawwar Hayat, they first take samples and if any allopathic ingredients, such as, mercury and potent steroids are found then they register an FIR against the company under Section 271 of Drug Act 1976. In fact, Hayat informs that just a month ago, they sealed a company that was found guilty of using these ingredients.

But though regulation is in place, Dr Ashraf mentions that no action is taken against company owners found guilty. However, Hayat explains that the reason no action was taken in the past was because no authority was given the professional responsibility of dealing with the problem.

A committee has, however, been formed recently to decide whether the Drug Control Authority or the Pakistan Standards and Quality Control Authority will be given the professional responsibility. “Punjab is also going to constitute legislation on the issue in the near future,” says Hayat.

Moreover, Shaukat believes that this time around action will be taken against these companies because earlier some companies had taken a stay order from the court on the pretext that they fall into the category of cosmetics and beauty products and cannot be checked. “However, manufacturers use mercury, which is a pharmaceutical drug. Therefore, most probably it will be in the Drug Control Authority’s domain,” says Shaukat.

While such stringent actions will help reduce the cost of whitening creams that young girls have to pay, what is needed is awareness on the ground level. There is a need to create public awareness regarding the types of products that contain mercury and steroids, and the risk associated with their exposure. And all stakeholders need to take part into building this awareness, even doctors.

Dr Ashraf admits doctors cannot do anything to stop the sale of these creams but what they can do is create awareness among the masses about their harmful effects.

3 Ways to Slug This Winter Season