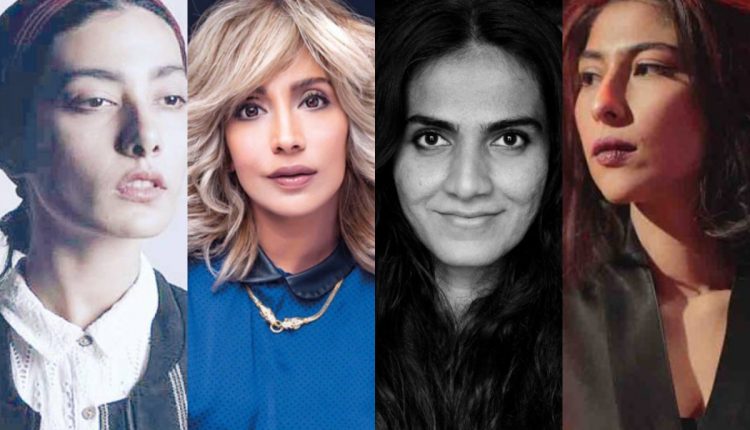 Will more nominated celebrities be taking a stand against this in protest?

Last year at the Lux Style Awards, a platform was given to #MeinBhi. It is an offshoot of the #MeToo movement that started the conversation on women dealing with sexual harassment and assault. Led by Frieha Altaf, #MeinBhi was more tailored to Pakistan and stretched to express solidarity with survivors of multiple human rights violations. From sexual assault and acid attacks to human trafficking, a range of social issues were addressed during the show.

So, imagine our surprise when we saw an alleged sexual assaulter pop up in the nominations this year. We weren’t the only ones to notice this.

Model Eman Suleman caused a ruckus on social media when she gave up her nomination for the Best Emerging Talent category in solidarity with the survivors. She made the controversial announcement through a video on her Instagram page. While many applauded her decision to take a stand, she also received a lot of criticism.

Not to rain on anyone’s parade, but this, just, isn’t for me. I’m sorry, even though I shouldn’t have to be. Maybe I’m not. I don’t know. Also, I didn’t even send in my portfolio. I have a very tough time pronouncing the word eye. What a behuda accent, btw.

Related: Dear Women, Time To Speak Up Against Workplace Harassment

They took to social media and said, “The decision is in protest to the award platform’s choice to include a nomination for an individual who faces serious and credible accusations of sexual harassment.

The two brands stand with women who face and fight toxic misogyny, sexism and sexual harassment in multiple ways in pursuance of their dreams and indeed in their daily lives. The two entities have been nominated for awards in different categories and believe that by accepting any nomination or award and participating in LSA 2019 would be doing a disservice to the cause of women’s empowerment and the urgent need to address the menace of sexual harassment.”

Singer Meesha Shafi also took to Twitter on April 23 and publicly stepped away from her nomination for Best Song for her single ‘Mein’. She thanked and praised the others for taking a stand, and mentioned the lack of safety for women in the industry: “In a perfect world, I would love to see women retain their space in the industry while feeling safe, so that the cost of speaking up is minimized, or even done away with altogether.”

“Our boycotts should not overshadow our achievements.” She continued, “With brave women like these, I feel optimistic about getting there one day.” At the end she requested her name be withdrawn from the nomination.

It has not just been women who have boycotted LSA and dropped their nominations. Allies such as the folk rock band The Sketches also took to social media to announce that they are dropping out. They have been nominated for Best Song, Best Playback Singer, Best Original Soundtrack and Singer Of The Year.

We are firstly human beings who strive through art to build a more respectful and just society. We cannot do this if we…

While we stand with Meesha, we can’t help but think that at the end of the day it is women who have to give up their achievements to further their fight as institutions keep failing them.

I stand with her but I wish she hadn't been compelled to reject the award… this is an institutional failure, and artists are the victims. https://t.co/czcCMFftOW

I don’t think @itsmeeshashafi should have boycotted the #LSA2019. Neither should anyone else. The awards are celebrating so many women who have not harassed anyone & women like her and Eman Suleman who are celebrated for THEIR craft. #TeefaInTrouble was Ali Zafar’s film +

Meesha Shafi accused actor and singer Ali Zafar of harassment last year in April. Though he has denied the accusation, the matter is currently in court. Ali has also been accused of harassment by multiple women. However, he has been nominated for Best Actor for Teefa In Trouble in LSA 2019.

Will more nominated celebrities be taking a stand against this in protest? It’s about time predators of the industry are held accountable and a safer space for women is created.

#WhyDidntIReport Because Anonymous Voices Are Equally Loud Too