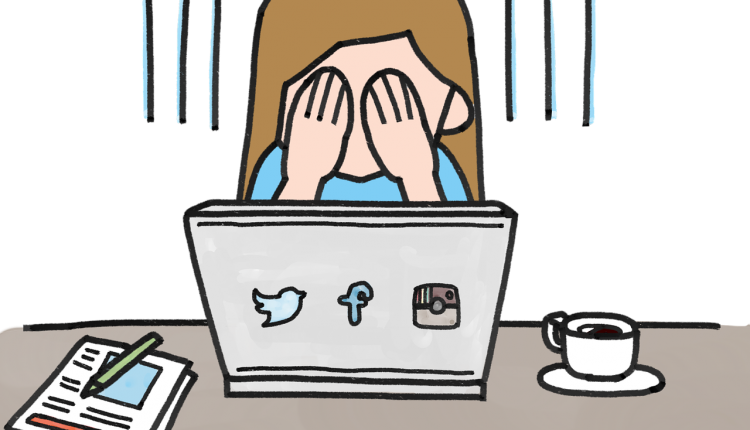 Since the beginning of their lives, women are always taught to be careful about every single action they perform, from what they speak to what they share, especially with whom. They are always told not to trust anyone, especially with their pictures. There are many women out there who get blackmailed and harassed by men if they come across their photos, private or otherwise.

Sarwat* was in grade 10 when she got blackmailed by a classmate who groped her during an evacuation drill at their school.

“He found out that I had a boyfriend. He managed to take unsolicited pictures of me, and he knew that getting a call from a male classmate could land me into trouble. So, he spread those pictures and I started getting calls from different numbers. I had to change my number so many times,” she said.

Sarwat said that she only had one male friend who would support her and ask her to not pick up calls, because she was traumatized as to how many social media platforms had the picture.

“I felt isolated because many of my friends who were girls wouldn’t engage because they too belonged to conservative backgrounds. My siblings were younger and I could not tell my mother,” she recalls.

No matter whom Sarwat told, she believed it was always her fault. Even at the age of just 14, Sarwat knew that telling others, especially elders wouldn’t be of any use. “Recently, the same guy contacted me and I had a breakdown because I was so scared,” she said.

Sarwat added that she did want to report but didn’t know where to and thinks that girls who are 13 or 16 need to be taught that there are mediums for help because there is no sense of awareness there.

Alvina*, who also came across a similar incident during her university days said that a classmate with whom she had a casual relationship started blackmailing her. He said that he would send screenshot of her conversations and pictures to the man she was getting married to.

“I lodged a complaint against him in the FIA, and they asked me to visit their office so action may be taken against him. I told him about it and said that if he tries to harm me in any way, I won’t remain silent and that scared him enough that he stopped.  I’ve been married for two years now, and it has been almost three years to this incident,” she said.

But unlike other women, Alvina had confided in her husband who supported her, but she didn’t tell her family because she was scared. But she didn’t let the guy see that. From her past experiences she had learnt that getting scared always give men a power boost.

“Men thrive on women’s fear, the day they realize you aren’t scared of them is when they don’t have anything against you,” she says.

She also felt that while she knew of the law, many women do not. However, Alvina also thinks that women do not tell because they are afraid that their partners would leave. And even if they do forgive them at that time, they keep throwing it in their face whenever they get a chance, so there is a risk involved, she explains.

Shmyla Khan of Digital Rights Foundation, an organization which works on cybercrimes and aims to create safer online spaces for women and other marginalized groups, believes that many women do not report cases because of a general distrust of law enforcement agencies:

“This is also because blackmailing cases require women to provide proof, i.e. copies of the material being used to blackmail. Furthermore, women are scared their families might find out if they report a case. I’ve also noticed a lot of women end up blaming themselves, especially in relationships which were previously consensual.”

Given that the organization often comes across such cases, Shmyla feels that there is a lack of awareness even within the FIA and judges regarding the gender dynamics that come with blackmailing: “Gender sensitivity training is a start. While awareness and education program work, their success is contingent on tackling larger notions of women’s sexuality and victim blaming.”

So, what can be done to make sure that blackmailing can be countered?

Shmyla said that the Section 21 of the Prevention of Electronic Crimes Act covers blackmailing and use of sexually explicit content without consent. Furthermore, distribution of any video or picture is criminalized under Section 24 of the Act.

Blackmailing is not a new concept and people have used various methods to coerce people who are marginalized because it is mainly about power, and there aren’t any fixed ways to make sure that there can be an end to this.

However, there are definitely many ways to make sure that the victim doesn’t fall in the mesh of self-blame, low self-esteem and isolation.

For instance, if someone, regardless of their gender confides, believe them instead of blaming them because it takes a lot of courage to be able to say it aloud that a person is being blackmailed. Support systems are also helpful because the victim needs to understand that they are not alone, and it is not their fault that the other person broke their trust.

The DRF has a toll-free helpline for such cases, 0800-39393. But remember the FIA takes time to process cases so don’t expect immediate results and it would be difficult but just don’t feel scared and give in to the pressure, because as Alvina had said the perpetrator thrives on fear.