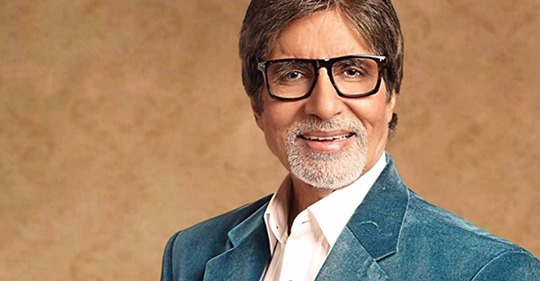 Today marks the 75th birthday of Shahenshah e Bollywood, Amitabh Bachchan! Having starred in over 190 films and with up to 41 award nominations, this megastar has left no stones unturned in Bollywood. However, undoubtedly he is most well-known for hosting India’s biggest reality show, Kaun Banega Crorepati. A Trip Down The Memory Lane

Amitabh Bachchan made his acting debut in the film “Saath Hindustaan.” He rose to stardom in the early 1970’s due to movies like Zanjeer (which earned him the title “Angry Young Man”). Today he has become one of the most respected and adored actors in the Bollywood cinematic universe. It was not only his deep voice but also his powerful personality and intense facial features that made him stand out. Today, on his 75th birthday, he accurately fits the meaning of his name Amitabh: “The light that will never die”.

Big B Wanted No Celebrations!

Despite enthusiastic and eager responses from the fans, the Bollywood giant took to his blog to make it clear that he wasn’t looking forward to any grand celebrations. Back in August, he warned people that if his wishes weren’t respected he would go to an isolated location to escape the fuss.

KBC Came up with an Emotional Surprise

We all know and love how Amitabh Bachchan always makes everyone emotional by his exceptional talking style. Be it humor or sentiments, the man sure knows how to convey a message.

Yet on 9th October, on the set of KBC9, the “Pink” star was unable to hold back his tears.

T 2563 – At times like these it becomes difficult to hold back .. thank you for all those moments of affection all … pic.twitter.com/zIjFyGIt3T

The people of the show set up a video message for their beloved host recorded by his students and professors from his college, Sherwood College, Nainital. In the video, the college was decorated with large posters of the star while the students sang birthday songs and expressed gratitude for his amazing work in the 17 years at KBC.

Amitabh Bachchan’s favorite guitarist, Niladri Kumar also performed on the show, making it the most thoughtful surprise ever.

Despite his initial refusal, Big B tweeted today that he is overwhelmed by the affectionate response.

T 2574 – The affection of greeting for the 75th, displayed over several mediums, overwhelms me .. a thank you shall never be enough pic.twitter.com/BH6d9JgsHW

The Bachchan Family Is Celebrating The Birthday In Maldives Big B’s 75th celebration is going to be a private family affair. The Bachchan family is flying over to Maldives for a week-long birthday celebration. The arrangements were made by Abhishek and Aishwarya.

People were expecting Big B’s 75th to be as grand an affair as the 70th birthday. But turns out he wants to spend his special day with people close to him.

No matter how the day ends up going, one thing is for sure, this legend deserves immense respect and appreciation. With movies like “Sholay”, “Deewar” and “Agneepath” he not only left the world awestruck but made a legacy.

So a very happy birthday to you Big B, and thank you for all the memories. Can’t wait to see what you’ll do next!