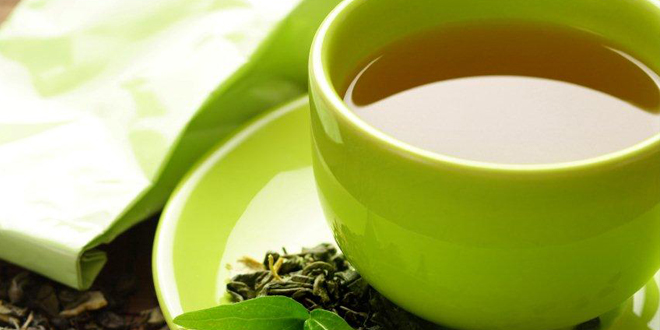 While many people use green tea as a form of herbal medicine for weight-loss and digestion, there is so much more that this magic liquid can do which is beneficial for our health.

Here are the five ways in which green tea keeps us fit, especially women:

Derived from camellia sinensis, green tea has been proved beneficial in various ways for the treatment and prevention of conditions concerning women. It is rich in polyphenols that are packed with antioxidants and antitumor properties. Epigallocatechin-3-galate (EGCG) is the major active compound found in it which is likely to increase potency. Other compounds include vitamin c and amino acids like L-theanine.

Very often, genital warts occur in women due to the transmission of Human Papilloma Virus (HPV). They can either occur singly, or in clusters. The main reason for them to occur is having sexual intercourse or any skin-to-skin contact with an infected person. It would normally take up to 90 days for them to develop. They are commonly seen in women and are said to increase the risk of bladder infections and cervical cancer. However, experts have suggested that drinking two to three cups of green tea everyday may help in treating the warts. Either that or tea bags may be directly used. They should be kept in simmering for five minutes and then they should be applied directly on the wart after cooling them down. Other ointments of green tea extracts can also be used on prescription.

Amino acids, like L-theanine and caffeine, are also found in it. Though green tea does not contain as much caffeine as coffee, it works as a synergist with L-theanine to improve brain functions. Furthermore, it can delay Alzheimer’s disease by protecting the brain from the formation of beta-amyloid plaques that are thought to cause the disease. The Epigallocatechin galate (EGCG) present in it binds to the beta-amyloid proteins to prevent their formation. Studies have been carried out to prove that MRI Scans of a sample fed with green tea showed a higher brain activity than the sample which had been given a placebo drink. Researchers and scientists are working more on discovering the benefits of green tea to cure Alzheimer’s or other dementia and to improve brain functions.

The predominant polyphenols in green tea have an antioxidant property as mentioned earlier. The prominent of these polyphenols is EGCG and epichatechin 3-gallate (ECG). These polyphenols have the ability to search for and then kill those free radicals that can result in damaging the DNA and hence prevent causing breast cancers. Laboratory studies conducted have also proved that tea catechins have been able to prevent the proliferation of cancerous tumors as well as inhibiting the angiogenesis – which is the process of synthesis of blood vessel to supply and sustain tumors.

Green tea may also help in Polycystic Ovarian Syndrome (PCOS) due to its ability to produce sex-hormone-binding globulins. An increase in sex-hormone-binding globulins (SHBG) would cause some free testosterone to bind with it, bringing about a reduction in testosterone-related problems in women fighting PCOS. These may include acne, growth in facial hair and loss of scalp hair. Majority of the women fighting PCOS also face obesity and green tea may not only help produce SHBGs but also its thermogenic effect may help to reduce weight.

Having said that, in order to prevent any chronic disease, add a cup of warm green tea to your daily routine. It is also a proven formula for prevention of wrinkles and acne.