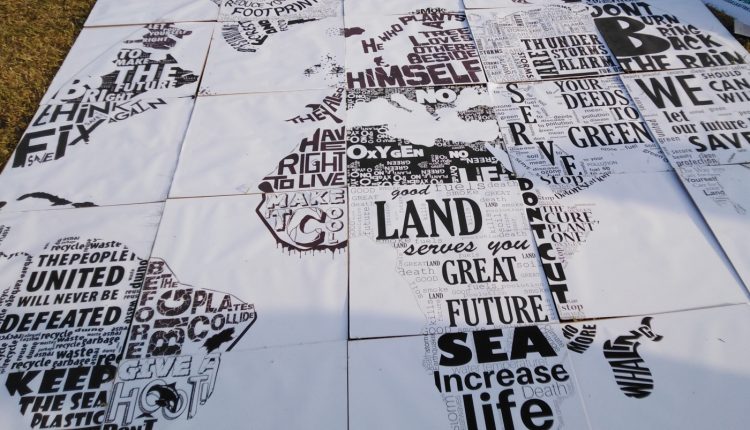 When 16-year-old Swedish environmental activist Greta Thunberg appeared on Trevor Noah’s show, in a very matter-of-fact tone, she spoke about how in the US climate change was being debated upon while in Sweden it was considered a fact.

As the world prepared for the Global Climate Strike, there are many people who still think that climate change is a phenomenon which wouldn’t affect them in any way, but sadly Pakistan belongs to a list of countries which are highly likely to get affected by it, despite not playing an important role in bringing about this misery. According to Global Climate Risk Index 2019, Pakistan ranks on number 8 out of the 10 countries in the Long-Term Climate Rate Index, and that is not the best list to be on.

The Global Climate Strike, that was held from September 20 to September 27 brought together people globally as they participated in various activities to stir a discourse about climate change and ways to rouse governments to take action before we lose planet earth forever. In Pakistan, more than 20 cities like Karachi, Lahore, Islamabad, Sukkur, Multan and others joint hands to hold walks on September 20 and to understand that it is a national emergency which cannot be ignored.

We are at the Global Climate Strike in Karachi to play our part to save our planet. 🌏 . . . . #GlobalClimateStrike #Karachi #climatechange #climatestrike #Pakistan #Globalwarming #islamabad #lahore #savetheplanet #earth #globalwarming #savetheearth

According to the environmental activist and researcher Afia Salam, Pakistan faces multiple threats owing to climate change which includes rising sea level, heat wave and rapid flooding due to melting glaciers as well as desertification.

It is also important to understand that while climate change affects all those who inhabit the country, there are some communities and groups who would face extreme consequences as opposed to groups who are relatively privileged. Firstly, urban settlers would bear the brunt differently as compared to those who belong to the rural areas. When the heat wave struck Karachi in 2015, the whole country was left shocked as the number of deaths crossed 1,000 within one day despite the Celsius climbing a lot more in other parts of Sindh.

Haya Fatima Iqbal, who is a documentary filmmaker shared in a discussion that while doing a project Climate Stories Pakistan, communities from the rural Sindh to the North of Pakistan were suffering immensely but it wasn’t being discussed as news because there is zero connectivity or access of media, a privilege Karachi or some parts of Punjab relatively have.

She mentioned that entire villages have been submerged in due to flooding and the settlers had to leave their homes to relocate, only to end up living near the newly formed lake again because they didn’t have any other place to go to. Haya also mentioned that such incidents also cause a lot of trauma among the people who are traumatized by the sound of heavy boulders. These people who have been living here since the past many years are saying that they have not heard of such flooding in the last 100 years but now it is happening rapidly.

In Punjab, the farmers are worried about their crops because the rainfall pattern has drastically changed and they are unable to gauge their yield like they did before.

Another group to get affected by climate change would be women, and it is often said that it was supposed to affect everyone and women must not be given any special importance. However, according to Madiha Latif, when the floods of 2010 caused destruction in Pakistan, the disaster management department took funds from the health department to fulfill the needs of the affected people.

“This is turn lead to unavailability of contraceptives for women, leading to high mortality rate of mother and children. This also causes unsafe abortions because it is practiced as a birth control method,” she said.

It was also said that in Thar, men complained about water wells drying up, citing that it started happening ever since machines were used to draw water as opposed to the manual way. When asked who was required to bring water from a distance, it was said that women were responsible, without acknowledging that motor system made women’s lives easier. Afia Salam had also said that while men could wear lighter clothes, or go out of their houses, many women lost their lives due to heatwave because they felt suffocated in their houses without any ventilation of air.

While it is true that Pakistan’s contribution to the climate change is lesser than the bigger and powerful countries, it doesn’t mean we shift the entire burden on them and just wait for destruction to devour our country.

From excavation to controlling the rapid development at the cost of taking away soil from the sea, deforestation and destroying the natural habitat in the name of development, there are many ways to play an important role. Recently, plastic bags were banned in Islamabad but despite a few big chains, not many have been able to cope up with this drastic measure. It is binding on the state to provide alternatives to plastic as well.

All those who do not dwell in urban settings are sometimes thought to be least aware about climate change but they might not have the jargons to support their narratives which they live each day but they definitely have the sense, intuition and ability to foresee all that we just refuse to even acknowledge.

Climate change is not a phrase which was used after people forgot what global warming was, rather it is already here and if we do not take action today, we are bound to lose mother earth forever. Capitalism will keep feeding climate change because both cannot survive without each other and the earlier we realize the better.