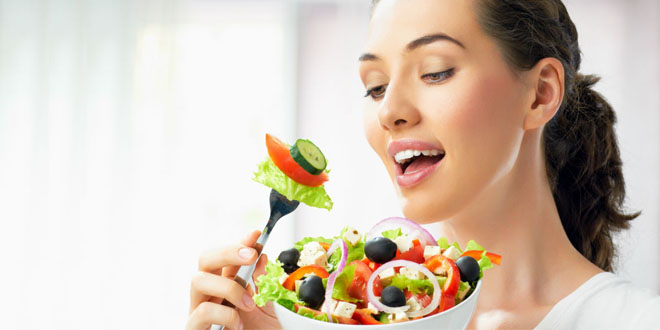 The Connection between Your Food and Your Mood

“My fantasy is to have a restaurant where there are no written menus, but where you just ask people, what are you in the mood for? Fish? Meat? White wine?’“ –Charlie Trotter.

The social media is nowadays flooded with people openly declaring their love for food. Not that it was ever a secret, but as everyone now has a platform, they don’t hold back any feelings they need to show towards food. You often read things like, “I’d rather have food than a relationship”.

So does food really make us happy?

According to a research in July 2008 by Fernando Gomez: The areas in the brain that are associated with control of feeding are intimately related to the areas that process emotions, reward and cognition.

When we eat unhealthy food or don’t eat enough, our mood becomes negative and notorious. However when we eat good healthy food that is appetizing, it makes us happy and more positive.

Serotonin is a hormone found in the Gastro Intestinal Tract. This hormone regulates the movement of muscles of the digestive system. Although most of the serotonin is found in our gut, some of it is found in the central nervous system, its function in the brains is: Regulating mood, appetite and sleep.

People who diet and eat less, tend to become depressed about two weeks into a diet, about the time their serotonin levels have dropped due to decreased carbohydrate intake. As experimented on rats, cutting down calories resulted in lower levels of tryptophan, which caused the amount of serotonin to lower, and even decrease in the number of serotonin receptors in the brain. This means they’re less responsive to the serotonin they have.

The Vampire Diaries star, Nina Dobrev says: “Starving to be skinny isn’t my thing. When I don’t eat, it affects my mood! On-set, I fuel up with small meals and I’m always grabbing high-protein snacks, like almonds. Chai lattes with espresso also keep me going.”

Julia Ross, MA, is director of the Recovery Systems Clinic in San Francisco and author of The Mood Cure and the Diet Cure suggests, Eat wisely. This means, pushing away the leftover cake and eating sensible carbs to stimulate serotonin.

So even if you are trying to lose weight, it is important to have a cheat day once a week to give you the required carbs to elevate serotonin level, e.g. brown rice, bread, etc.

There is a lot of hype regarding the side effects caused by anti-depressants. However the famous natural cod liver oil doesn’t have side effects, and also helps fight depression. The same researches by Fernando Gomez in 2008 also pointed out that lack of Omega 3 fatty acids cause not only learning and cognitive impairment, but also depression. Walnuts, fish and flaxseed are good sources of omega 3 fatty acid.

Another study, held in Norway proved that nearly 22,000 participants revealed that those who regularly took cod liver oil, which is rich in omega-3 fatty acids, were about 30% less likely to have symptoms of depression than those who did not. The longer the participants took cod liver oil, the less likely they were to have high levels of depression

“The [evidence] is becoming quite compelling that increasing omega-3 fatty intake enhances many aspects of brain function, including the control of mood and aspects of personality,” Brian M. Ross, MD, Northern Ontario School of Medicine of Lakehead University.

Proteins not only make our muscles and physical structure, but also the hormones and neurotransmitters. Protein consists of amino acids, the building blocks of neurotransmitters. Protein also helps stabilize blood sugar, which can interfere with concentration and mood when elevated (hyperglycemia). These proteins include, eggs, yogurt, whole grains.

Taking good vitamin and mineral supplements decrease the amount of depression.  Especially the following ones: