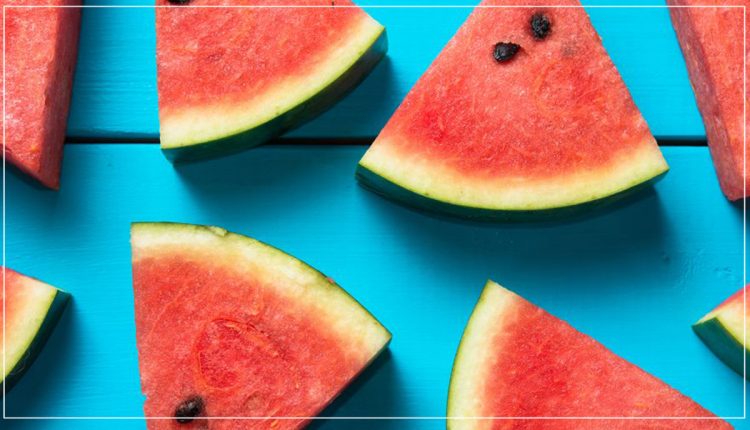 Side Effects Of Watermelon: How Much Is Too Much?

Watermelon may seem like an ideal summer fruit, and to a certain extent, it is. Not only does it consist of more than ninety percent water (which is great for keeping you hydrated), it is also fat-free and rich in many essential vitamins, minerals and oxidants. However, consuming watermelon in large amounts can produce adverse side effects. Most of these problems have to do with having too much lycopene or potassium. Read about the side effects of watermelon

Side Effects Of Watermelon:

In moderation, lycopene, a phytonutrient found in many red fruits and vegetables, can provide a host of health benefits, including cancer prevention, and reduced risk of heart disease. Watermelon is one of the most lycopene rich foods, containing between 9 and 13 mg in each one and a half cup serving of the fruit.

Watermelon is also rich in the mineral potassium. It is an average of 112 mg per 100g of the fruit. Excessive consumption of potassium can cause potassium levels in the blood to become higher than normal, a condition known as hyperkalemia. Potassium is critical for the normal functioning of the nerves, muscle and heart. In excess, it can produce dangerous cardiovascular effects including irregular heartbeats, a weak or absent pulse, and in extreme cases cardiac arrest.

It can also adversely impact muscle and nerve control. Since the kidneys are responsible for the removal of calcium from the bloodstream, the most common cause of hyperkalemia is kidney malfunction. According to kidney care provider DaVita, the amount of potassium in an average sized wedge of watermelon (about 560mg) is far too much for people suffering from serious kidney disorders. Though the sugar in watermelon is naturally occurring and therefore, much healthier than sugars found in processed foods, watermelon still has a high quantity of sugar in comparison to other fruits. It contains 6g of sugar per 100 grams of watermelon and a ¾ cup of watermelon ranks a high72 out of 100 on the glycemic index scale. In an interview with LiveScience,Victoria Jarzabowski, a nutritionist at the Fitness Institute of Texas at the University of Texas at Austin, warned watermelon consumers to be careful of their sugar intake, stating “Though watermelon’s sugar is naturally occurring, [watermelon] is still relatively high in sugar.” For pregnant females, consuming significant amounts of watermelon may increase their risk of developing gestational diabetes and consumption of cold watermelon can cause severe stomach pain and diarrhea.

In moderation, however, watermelon can actually normalize blood sugar levels and reduce the risk of chronic disease. It is common for people trying to lose weight to want to load up on water-dense foods (such as watermelon) as they help you feel full, but contain minimal calories. It’s true that eating more fruits and vegetables can help decrease overall calorie intake.

In a different interview with LiveScience, another Texas based dietitian nutritionist, Angela Lemond cautioned weight-watchers against excessive watermelon consumption. She stated:  I do not recommend eating only watermelon … You will lose weight, but that weight will be mostly muscle.”

These possible side-effects of watermelon should not discourage you from eating watermelon altogether. Watermelons are still extremely healthy fruits and consuming between 1 ½ to 2 cups daily is likely to provide you with several health benefits (actual recommended amount would vary significantly between individuals. And remember that when it comes to fruits, variety is always the key.