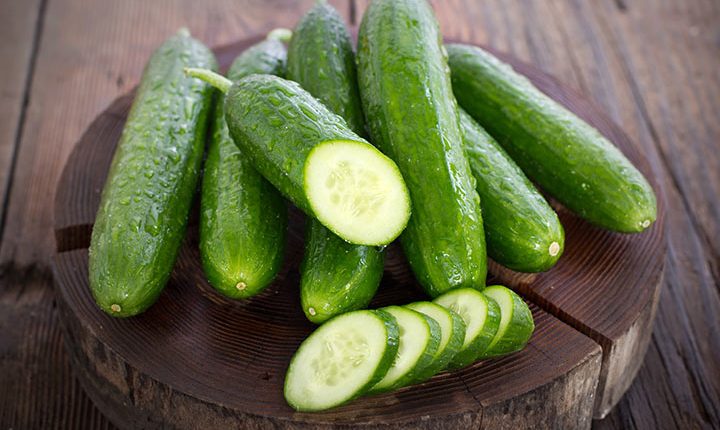 Cucumbers are a favorite fruit (yes, we said fruit) across the globe, and for good reason. Highly nutritious and extremely healthy, cucumbers, and all the members of the Cucurbits family, for that matter have several benefits. They are known to give one a radiant complexion, they bring down BP, are an excellent source of hydration and are rich in fiber. However, recent studies are beginning to show that cucumbers may not be as great as people seem to think they are. Scroll down to know the side effects of cucumbers.

Side Effects of Cucumbers

Everyone’s had that spot of bitter tasting cucumber. It’s bitter for a reason—that bitterness is due to the presence of TOXINS such as tetracycline triterpenoids and cucurbitacins. Both are fatal in high quantities and have been associated with a number of deaths. It is often best to avoid cucumber juice for that same reason; at least while eating cucumber you can taste the bitter pieces and spit them out, in juice form, it’s all mashed together, so the toxins are spread out and harder to detect.

Whereas, cucumbers are renown for rehydrating one’s body, the seeds are a mild diuretic and therefore, contribute to water loss and electrolyte imbalances if taken in excessive quantities. This is due to the cucurbitin found in the seeds.

Vitamin C is abundant in cucumbers, and although it has several benefits for the body, if taken in extreme amounts, it can go against its own nature and act as a pro-oxidant, increasing the free radical count in our body. Having said that, it would take an unnaturally large serving of cucumber to achieve that effect, and we don’t want to put you off this amazing fruit as the health benefits it conveys far outweigh the negatives, and the negatives only exist if taken in foolishly large quantities.

Because of the inherent fragile nature of cucumbers, many farmers often coat it in a wax protective layer to keep it safe from insects and mechanical damage. These waxes contain ethyl alcohol and even milk casein which can elicit allergic reactions in susceptible individuals, who consume too much of the peel.

Cucurbitacin can bring about indigestion in people with weak digestive systems. This presents as flatulence and bloating, both uncomfortable symptoms. If you get indigestion from cabbage, broccoli or onions, chances are cucumbers will bring about the same effect.

Consuming cucumbers has been proven to aggravate pre-existing sinusitis, although the exact mechanism is still unknown.

The American Academy of Allergy Asthma and Immunology concluded that individuals who suffer from allergies to ragweed pollen, melons, bananas and sunflower seeds are at a high risk for contracting allergies to cucumbers as well, and we’re talking skin and oral hypersensitivity reactions here. If you’re one of those unfortunate people, but you still love using cucumber in your cooking, consider switching to zucchini instead.

The old adage ‘too much of a good thing is bad for you’ comes to mind here. Cucumbers are an extremely healthy food item, but some precautions should be taken, apart from eating it in moderation. Always be sure to wash cucumbers under running water, better yet, peel before eating. Avoid bitter spots, recall that is quite literally poisonous. Grilling cucumbers, or even sautéing them can help get rid of any further problems you may have.

All You Need to Know About Aerophagia