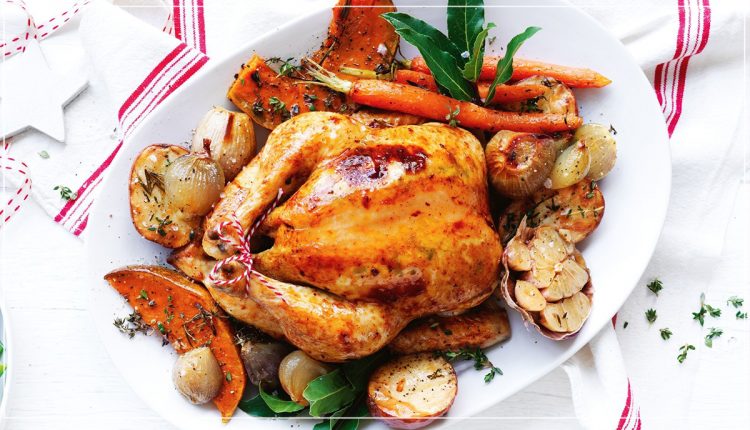 Chicken is the most commonly consumed poultry around the world. We love it because it’s cheap and it’s a high source of protein, and of course, you can make a variety of dishes using chicken. Based on the quantity of chicken consumed by Pakistanis, it can easily be said, it’s crossing the boundaries of healthy poultry consumption. This is because our chicken consumption pattern closely resembles to the pattern a protein deficient person should follow and protein deficiency is not really a common disease in the teenage and adult population these days. The worst part is that the problem isn’t only about over consuming the white meat. Below is the list of dangers of eating chicken.

The problem starts when you have no idea what is in the chicken you are eating. Factory farmed chicken contains all sorts of things that you would never want in the food you and your family eats. For example, the broiler chicken that we generally get from any chicken shop, before the technological advancements in the 2000 decade, used to weigh around 905 grams (roughly a kilogram) alive. Today that same chicken weighs 4202 grams (more than 4 kilograms) alive. That is logical to believe that the genetically modified chicken has been consuming genetically modified fodder. Lack of concern on both the seller’s and consumer’s part is doing all sorts of damage to our health. All of a sudden we have weaker stomachs, our digestive immunity is not as good as our rural peers, and we feel full even though we just took a few bites of our meal.

Worldwide, roughly 52 billion chickens are artificially hatched. They are slaughtered within 42 days. Their natural life span is 10-15 years. The poultry industry is producing at a rate it can’t even control. This is because we are consuming chicken excessively and the menu at fast food chains and restaurants feature white meat greatly that the producers are forced to do dirty tricks on the chicken and make them grow to a huge size within 40-50 days. The hygiene inside their facilities is something that is so off-putting that many of you will probably go vegetarian if you ever visit one. This makes the chicken fully exposed to diseases which it easily carries from their pens to the meat shops and from there straight into our kitchen.

When a chicken is forced to grow to maturity within 50 days and even forced to hatch earlier than it normally would have, it does a lot to the bird. Apparently healthy, but their fodder and living conditions are so foul that the poultry loses pretty much all of its nutritional value and instead becomes a carrier of diseases for its consumers. The most common is the high risk of E.Coli. A bacteria that reduces the immunity to many diseases. The least it can do is cause food poisoning and at worst anything could happen. This is not even the worst part. It reduces the ability of antibiotics of helping you to fight the diseases you are now prone to.

The bodybuilder chicken that has suddenly become the standard is actually fed Arsenic in order to grow so much. Arsenic is like a nightmare to humans. It is literally as bad as it gets. Consuming chicken on a daily basis or even after every 2 days results in buildup of arsenic in our body. The results are catastrophic. In women it causes breast cancer and men fall victim to prostate cancer. This is getting alarmingly common in bodybuilders and fitness freaks who consume chicken in very high quantities. Irrespective of gender, the compound causes dementia, and many other neurological problems.

When fitness freaks focus on gaining muscle they turn towards poultry and at the same time we are advertised that chicken is our healthy light snack that won’t cause any increase in our weight. But actually, white meat is so low on fiber you can probably just go on eating it as much as you want and at the same time it is extremely calorie-dense meat. You will never feel full and you would have consumed enough for 2 meals at the same time.