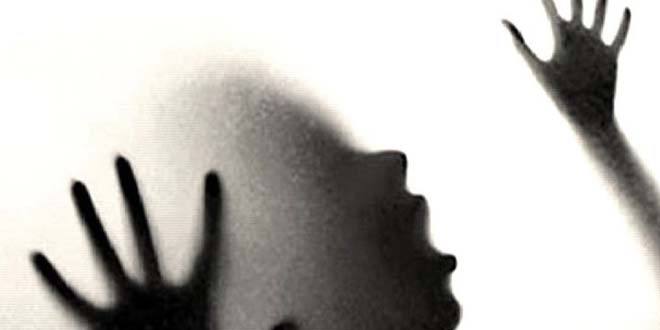 Sex education should not be considered a taboo in our society anymore and no shame should be felt in discussing the subject. Therefore, I will embark on this case of Muni, in order to enlighten people and to also shed light on the recent Kasur scandal.

This case relates to a boy, in his early teens, who is currently living in a shelter house, in one of the larger cities of Pakistan. Though the events are mostly from the time he spent in a major town of north-western Pakistan, his past still haunts him.

I first got to know about this case by a local taxi driver who drove me to the hotel. The story of the young teen was later confirmed by the manager of the hotel where I was staying.

“He used to act as a girl, Muni, in several series of films, alongside a local hotel’s waiter, who used to perform the part of Salman Khan. People used to adore his role as Muni. He used to dance like the actual Muni in the Indian movie. When he wore makeup, he looked like a beautiful girl.” These are the words of a taxi driver, a fan of his, who believes, “the boy has betrayed his lovers by leaving.”

He informed that the child was acting since the age of 10. His role, Muni, remained the same up till his last film. But as his fans increased, the desires increased too – a few days before he left the city, a film was distributed, where he and the waiter went through a sexual intercourse.

The taxi driver acknowledged that,

“He left the city with the help of an organization or his lovers wouldn’t have let him go.”

This information triggered a series of questions for me. Although I’ve gotten very little information in return, I was able to extract that the boy’s parents died when he was 10, leaving his brother as his guardian.

His brother forced him to work at a local hotel, where he worked until one day he was raped.

The driver knew nothing more about the boy’s life, but the hotel manager was of help here. He informed me that, while setting the child to work, his brother had checked all hotels for best wages, including this hotel. But the hotel’s policies, strictly set by the owner, did not allow minors to work. The hotel where the child eventually got a job was a small but crowded one – usually by truck drivers. It was run by the owner himself, who was an influential person.

“Our hotel has good connections with other hotels, as we need rooms for drivers who come along with tourists. Although this hotel has everything in abundance, local hotels are dependent on each other for mattresses, food, utensils and other things.”

When I asked about women, there was a quick rejection from the other end.

“Women are respected in our area unlike other areas.”

He might have seen the confusion on my face, because before I could say anything, he added,

“Keeping boys for personal favors is a custom, a tradition, part of our culture.”

His addition turned my confusion into a paradox, as previously it was a case of one boy.

Now it seems there is an actual culture of keeping boys for personal favors.

Realizing any argument would take the conversation away from the facts I wanted to extract, I came back to the topic reminding him where we had left – his good connections with hotels. In the conversation that followed, he informed me that when this child started working there, he along with other waiters slept in the open, where the visitors and drivers slept.

He informed me that many truck drivers approached the owner of that hotel to let the child be allowed to them for a night, for good cash in return. The owner rejected many of these offers, as per what his waiters had informed him. However, after a few months of joining, the child was eventually sexually abused. He was found in an unconscious state in his bed. Although they made sure the child would survive, because they didn’t want any fuss in the area, the local administration showed little concern.

The child might have lost his life in this case, but nothing was done. The hotel owner and the waiters said they had no link in it and no questioning was done by the administration.

It is within this time period, when the child joined and the day when he was found in his bed unconscious, that all his films were shot, one maybe from that day itself.

His brother, on my continuous appeal, reluctantly came to the hotel where I was staying in. He had the part of the story that made everything clear, for me at least.

“My brother enjoyed movies and the cinema. He wasted time in cinemas, so I had placed him to work in the hotel. He once came to me, saying that the waiters annoyed him. They talked about inappropriate subjects and wanted him to act. I did not believe him and gave him a beating, thinking he just wanted to not work.”

“I stopped contacting him from that day onwards; until one day when I was informed that he had been sexually assaulted by an unknown person while he was asleep. I contacted an international organization working in the development of our area. They provided me a proper list of people whom I needed to contact and they, on my insistence, cleaned the CD shops.

Although the shelter house has adopted the child, his past still haunts him. The doctors at the center informed me that the child was molested not once but many times, which had led him to an unhealthy mental state. He uses sharp objects to injure himself and has even tried to sexually assault a seven-year-old. Doctors have said he is going towards a stage of suicide,” informed the brother.

This is just one case.

The words of the hotel manager are still stuck in my mind – that keeping young boys for personal favors was a custom there. I am sure that like the local taxi drivers, other locals of the area also do not understand that something wrong had happened or that child pornography, if not illegal, is completely unethical.

In case you are wondering why I wrote “not illegal,” I must remind you that no specific law defines child pornography itself as a crime in the “Islamic” Republic of Pakistan.

The people from the location above do not realize the wrong in their customs and likewise people in Kasur, thinking that staying quite was the solution, did not step forward to lodge FIRs until they were blackmailed. However, they are no different to people in some of the larger cities like Lahore, Karachi or Islamabad. Even in these larger cities, people consider ‘sex education’ an unhealthy discussion and a taboo.

When children find the courage to inform their parents about such an act on themselves, it is common for the parents to be the first persons to make their children silent on the issue. They shut the mouths of their children, afraid of what the society might say.

Parents usually do not think that suppressing a child’s voice on the issue would not stop him from thinking about it. These traumas follow the children throughout their life.

Keeping quite is never a solution to the problem. It does more harm.

No schools, except for maybe one or two, teach sex education or something related as a subject. These courses and education are important so that children in their adolescence could actually understand what sexual abuse, unwanted sexual advances or molestation actually is.

Sex education should no longer be a taboo in our society. It is not a matter of being elite or conservative – it is a right that every child needs to be provided with by our society.

It is time parents realize that the victim is not the stigma and it would not do any better by hiding the incident. Parents must adopt an attitude that would make children comfortable in informing them if they feel they are facing any such advances or have been victims of child sexual abuse.