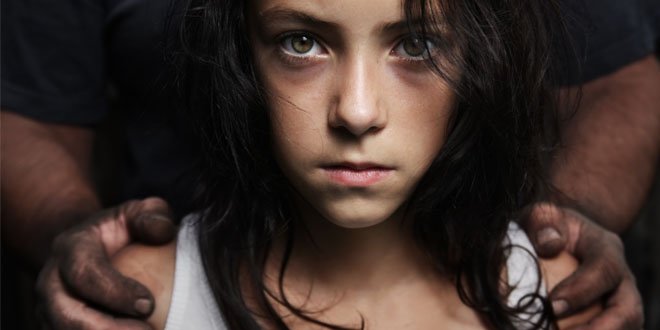 The recent tragedy of Kasur was a wake-up call for many. It was the first time a scandal of this nature had been unveiled and the reason why this incident was so horrific was because it wasn’t just sexual abuse; it was videotaping and selling of the abuse videos as well, leading to child pornography.

It gave rise to the realization that it is time to break taboos. That it is time to speak up. When it comes to sexual abuse, the one thing people usually speak about is how to be vigilant. How to be sure that one’s child isn’t being abused or isn’t vulnerable to being abused.

But what always goes unheard is the idea of opening people up to the issue of rehabilitating children (bache) who have undergone sexual abuse.

One might wonder that sexual abuse is not a concern of Pakistan. We usually hear about it from western media. But I can assure you; reported or not, Pakistan and sexual abuse share a very old history, one that rarely comes to light.

Child abuse happens when a child or minor is forced or enticed to take part in sexual activity. Violence may or may not be involved in this activity. But no matter the level of violence and regardless of the child’s awareness or agreement to what’s happening, such behavior still comes under sexual abuse.

Abuse may involve physical contact such as  touching a youngster’s private parts or private parts for the abuser’s sexual joy, making a kid touch another person’s private parts, playing sexual games or having sex by putting objects or body parts inside the mouth, anus or vagina of a child. Sexual abuse also includes acts that don’t involve contact; such as showing a child pornography, encouraging a child to take part in the making of sexual pictures, watching sexual acts, or urging kids to act in sexually unseemly ways. Abuse can take place in person or online, through internet based technology.

As I progressed through my studies in psychology, quite often I came across different stories with regards to sexual abuse. It came to my awareness that Pakistan has a long history and an active present when it comes to sexual abuse. There was once a case in which a girl was often sexually exploited by her own father, where the father claimed that this is how all dads expressed their love towards their daughters. This girl, at the age of 16, came to realize that this was not the case, after having a discussion with a friend.

In one of the discussions that I had with a practicing psychologist about her experience with child abuse, she told me that one of her clients from interior Sindh claimed that it was a family tradition there that when girls grew up, they were to engage in sexual activities with the uncles in the family, and when her younger sister would grow up, the older one was to be married off and the younger one would become the subject to exploitation – be it willingly or by force. In another discussion, with another practicing psychologist, one of her clients was also a victim of sexual abuse who was molested by her uncle. She had made a run from interior Sindh as she did not want to go through what her older sisters had been from.

There are numerous stories that shock practitioners even after many years of practice. Clearly, if an incident shocks an experienced practitioner, it should not be hard to understand how scarred the victim would be. Sexual abuse is a clear violation of one’s personal space. It is always discomforting and has long lasting devastating effects on one’s personality.

Though, whenever there is abuse, the victims act differently. It is commonly seen that children lose appetite, experience sleep-loss and nightmares, they become withdrawn or clingy, start acting like their younger self by sucking their thumb or wetting the bed, become secretive and reluctant to share, have an outburst of anger or display inexplicit fear of places and people etc.

I recall as one of my associates, a victim of sexual abuse in madrassa, made a personal diary and wrote about things which happened to him. His spouse found it hidden and read up on it. When his mother came to learn of it, she just tore up the pages and burned them. The point to consider was how the mother never enquired about the content of the diary. She just burned the papers, expressing anger all the way.

For this piece, I thought of taking some guidance from clinical psychologists and get to know their perspective. They told me that it is hard for parents to intervene; this is because they don’t pay heed to it. It’s either that they are busy with family feuds, or they simply do not want their married/family life to be negatively affected by it. Mothers have been reported to have said:

Child sexual abuse is not just a taboo of our society, it is a topic even parents don’t want to discuss. Somehow, many parents think that by denying their child’s claims or telling them off because they were disobedient, simply eliminates all feeling of helplessness, disdain, humiliation and re-living the events time and again.

As I see it, it is absolutely necessary to make a child aware of the distinction between good touch and bad touch, of personal boundary and limitations; I say this because many people don’t realize that they have/are being touched inappropriately. Since such incidences are common especially with drivers, domestic help or tutors, be it male or female, children don’t think of it as inappropriate. They see similar happenings with their siblings and/or cousins; it feels normal. But it doesn’t take much time for things to escalate.

It is important for parents/guardians to keep a check and be aware of how to actually council and guide their children in instances when the abuse has happened and now the child is faced with trauma and conflict with him/herself probably forever.

No one said parenting is easy, especially not when such a traumatic incident takes place. What parents should do is to keep the lines of communication open, making sure that the lines are two way. It takes time for a child to be open and expressive about his/her conflicts. It takes time, because building trust isn’t easy, especially if the issue is sensitive and one has been vulnerable. Never blame the victim, even if they didn’t follow your instructions, like say for example, they went out alone or talked to a stranger.

Blaming the victim is the worst thing parents can do to their children.

There is a lot to process when such issues arise. Anxiety, depression, guilt can give rise to many defenses – denial being one of them. Always take the issue of abuse seriously. Never tell the child that they may be imagining it or that he/she is your family and can never do such a thing. Please, don’t make the person feel like a liar, on top of all that they are going through.

Tell the child that they did the right thing by coming to you. Give them a hug and use as many positive words as you can. Assure them that you are with them all the way, and that sexual abuse is common as it is traumatic. That they are not alone, and now you (the parent/guardian/sibling) are with them.

The first impulse which many people feel is that now their house would be broken especially if the abuse was incestuous. The feeling of a possible home wreckage is a negative feeling, and has been seen to have resulted in parents not even considering to listen. But listening doesn’t hurt. You don’t have to decide on the spot what should be done. What is required on the spot is to be empathetic and to comfort this person. The rest can be discussed and worked out later.

The idea is not to let the person feel alone.

If the abuse is from outsiders, like drivers, domestic helps, teachers or qari sahibs, a parent should discard their services immediately. Parents/guardians should always ask the child of the activities that happen during the day. Especially about the time spent with these individuals. One thing to always consider is to never be direct in asking about touching, fondling or things related to that. This will result in the child feeling offended, as if he/she did something wrong. Either way, it won’t work the way you intend it to work and there is a risk that the child might not open up after it.

Calm down and keep yourself intact. It is bitter pill to swallow. It might cause a feeling of inadequacy and guilt of not being able to protect your child. But understand this, they can be protected now. Do your part.

It is always better to seek the services for a qualified mental health professional. Not just for the victim but even the parents. As far as the question of what people would say, don’t tell them. And if there develops a need to tell people what is going on, make sure the disclosure is considering one’s level of maturity and understanding.