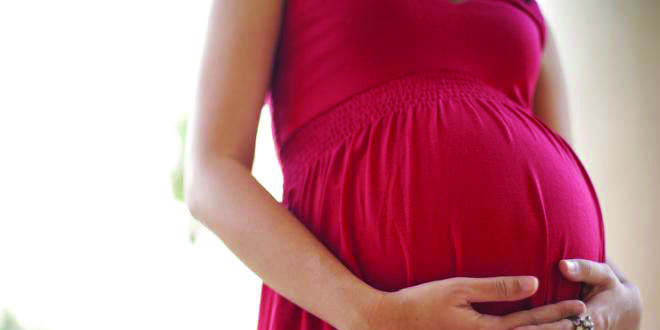 Women who take certain common antidepressants while pregnant may face almost twice the risk of having a child with autism, a study said on Monday.

The findings in the Journal of the American Medical Association (JAMA) Pediatrics are based on Canadian records of more than 145,000 pregnancies.

Researchers found an 87 percent higher risk of autism when women took antidepressant medications later in pregnancy, a crucial time for brain development in the fetus.

“Our study has established that taking antidepressants during the second or third trimester of pregnancy almost doubles the risk that the child will be diagnosed with autism by age seven, especially if the mother takes selective serotonin reuptake inhibitors, often known by its acronym SSRIs,” said lead author Anick Berard, an expert on pharmaceutical safety during pregnancy at the University of Montreal.

SSRIs are the most commonly prescribed anti-depressants, and include brand names such as Prozac, Paxil and Zoloft.

As many as one in 45 children are diagnosed with autism spectrum disorder in the United States, according to a recent study by the US Centers for Disease Control and Prevention.

Scientists still do not fully understand what causes autism, though both genetics and environment are believed to play a role.

Researchers said their findings are important because as many as 10 percent of pregnant women are currently being treated with antidepressants.

While researchers found an 87 percent higher risk of autism when antidepressants were taken in mid to late pregnancy, they observed no association between the use of the medication in the first trimester or the year before pregnancy and the risk of autism.

NO PROOF OF CAUSE AND EFFECT

The study, while large, was also observational in nature, and researchers said more work is needed to understand whether antidepressants play a role in causing autism.

Furthermore, the risk of autism is small, and must be balanced with the risk that a mother-to-be might harm herself if unmedicated and in a deeply depressed state.

“The baseline risk in the general population for autism spectrum disorders in children is around one percent. The studies to date have suggested that the rate in children born to women with mood disorders taking SSRIs in pregnancy may be approximately double at around two percent,” said Ian Jones, director of the National Centre for Mental Health at Cardiff University.

“It is difficult to know whether this small increase in risk is due to the medication being taken, to the mood disorder itself, to an overlap in genetic vulnerability or to other factors associated with mood disorders and antidepressant medication,” said Jones, who was not involved in the study.

Emily Simonoff, professor of child and adolescent psychiatry at King’s College London, said more research is needed, using other datasets and methods in order to better understand the study’s implications.

“The current findings should not lead to a blanket change in policy,” she said.

“All pregnant women, as well as those planning a pregnancy, who are taking SSRIs should discuss the therapeutic options with their doctor, bearing in mind that the present findings do not necessarily indicate a causal role of the medication.”