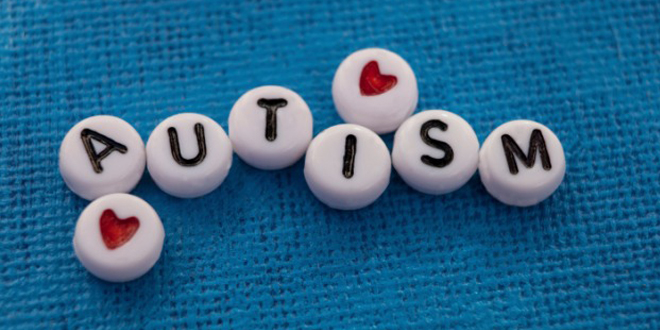 Autism affects one in 45 children in the United States, almost twice the rate from a few years ago, said a survey Friday that uses a new approach to assess the frequency of the developmental disorder.

The latest figures may reflect a more accurate picture of autism spectrum disorder, said the report by the Centers for Disease Control and Prevention’s (CDC) National Center for Health Statistics, and so does not necessarily mean that there is a ballooning autism epidemic.

In fact, the study found that while autism spectrum diagnoses are more frequent than in the past, the overall number of people affected by neurodevelopment problems has not risen, but has remained steady over time.

“What we call an autism spectrum disorder now is a much wider group of symptoms than what we called autism in the past so I think that captures a larger number of children that might have received other diagnoses in the past,” said Katie Walton, an autism researcher who was not involved with the CDC survey.

“There have been some significant changes in the way that they are asking the questions,” added Walton, a psychologist at the Ohio State University’s Nisonger Center.

The prevalence of autism in the United States was just one in 5,000 in 1975, and has been rising steadily in recent years.

Autism spectrum disorder is a developmental disability that may cause a person to have difficulty behaving, learning, communicating and interacting with people. It is believed to be influenced by genetic and environmental factors, though scientists do not fully understand all its causes.

There is no known cure, but early intervention in toddlers as young as two can sometimes help.

Officials changed the order of the questions posed in the latest survey, completed by more than 11,000 parents, a process that may have resulted in more of them acknowledging a diagnosis of ASD.

“The question wording was expanded to include more specific details on what constituted an autism spectrum disorder,” said the report.

Since the United States does not maintain national health registries, telephone surveys are among the ways that experts assess the rate of autism.

School and medical records have also been used to project a nationwide autism rate of one in 68 children, according to another CDC report issued in 2014.

Some experts agree that these surveys do not suggest there is a worsening epidemic of autism in the United States.

A study out earlier this year led by Santhosh Girirajan, assistant professor of biochemistry and molecular biology and of anthropology at Penn State, found that the rising rate of autism seen in recent years resulted from reclassifying individuals with related neurological disorders.

His study analyzed 11 years of special-education enrollment data on an average of 6.2 million children per year, and found “no overall increase in the number of students enrolled in special education.”

Asked for comment on Friday’s figures, he told AFP that the CDC’s latest approach is an improvement.

“When people say (there is an) epidemic of autism, I am not really sure,” he said.

“It is true that they are identifying more individuals with autism because autism is occurring with other disorders,” he added.

Better diagnoses — and improved strategies for estimating prevalence — may be useful to parents who want to get improved treatment for their children at an early age, added Walton.

“I think people should understand that autism is a relatively common condition at this point and if you are concerned about your child… there are an increasing number of services out there,” she said.