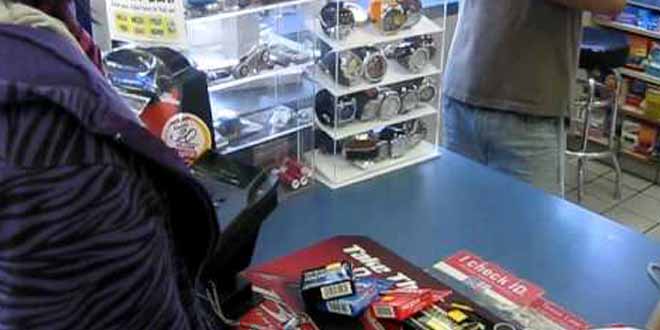 Recently, I got selected to participate in an international youth conference by the Youth Champions Initiative (YCI), implemented by the Public Health Institute (PHI) of California, with support from the David and Lucile Packard Foundation. The YCI seeks to strengthen youth leadership in order to improve sexual and reproductive health and rights in Ethiopia, India, Pakistan and the US.

We were assigned with a few exercises to help us prepare for this workshop, one of which was to get an experience of buying any three contraceptives methods from three difference pharmacies or small medical stores. Here follows an account of my experience undertaking this task as a woman in a conservative society.

The complexity of the venture was apparent to me as soon as I read the assignment, “Neelam! How can you go and buy a condom? You are a single woman!” The thought of just picking up my purse and strolling into a medical store to purchase contraceptives seemed exceedingly daunting…… ahh, if only buying condoms were that easy!

And even though my intentions were right, for someone who is buying any form of contraception intends to practice safe sex, the very thought of walking up to the cashier and plunking a package of condoms on the counter gave me butterflies in the stomach. It was not at all easy for me to purchase emergency contraceptives and condoms from the store. Initially I had to find a medical store which was far from my vicinity.

I walked inside and surveyed quietly and made sure nobody in the store knew me personally. I then went to the shopkeeper and with a trembling voice, asked for a packet of condoms and contraceptive pills. The shopkeeper, without even asking for a brand name, handed over a packet of condoms and pills to me. Throughout this encounter, I was nagged by the feeling that the person behind me might know me or that the girls in the queue were laughing at me. I gathered my things and hurried out of the store, sighing with relief as soon as I stepped out.

After I returned to my house, I reflected upon the whole situation. It occurred to me that it would be beneficial to do some research on the brand names prior to my next visit. I also tried to overcome my awkwardness and discomfort and thus was better prepared. I went to a supermarket this time; I started collecting items along with some of my personal items and put them in a cart before buying condoms. I had to ask for the contraceptive pills and contraceptive implant. The shopkeeper was unaware about the implant so I asked him if he had a contraceptive injection. Eventually, I was able to get three types of family planning methods. This way, I was not standing at the counter with nothing but a box of condoms and a packet of pills. However, I was still quite perturbed.

The next time, I thought of visiting some professional place to gain a different experience. On my way to work, I saw a board of family planning clinic and decided to pay them a visit. The clinic had a small pharmacy too. Initially, I observed the whole process; there were women with their husbands or with their mothers or mothers in law. I walked toward the pharmacy and very comfortably asked for a packet of condoms, contraceptive pills and an intra-uterine contraceptive device, i.e. “IUCD”.

What I found surprising was that the pharmacist there not only provided me with the contraceptive pills, but also explained the method of using them to me. He also gave me choices regarding the kind of birth control pills I would like to purchase. This time, I walked away with confidence.

In a nutshell, I faced much hesitation initially. I considered opting out of the task, fearing what other people would think of me. I assumed that the shopkeeper would judge me and was consumed with the thought of others finding out and devised ways to tackle the situation in case my parents found out.

I was distressed and ashamed, not because I had to buy condoms or pills but because I am a woman and unmarried. In Pakistan, it isn’t considered culturally appropriate. Therefore, for the first time I did not select a central, bustling pharmacy where people would judge me, but and a corner store where there were very few people.

I feel that being a woman, I caught the shopkeeper by surprise too, and that is why he handed me everything without asking me for further information. Later on I realized that they must sell dozens of them every day, and I am just another customer. I am not the first and certainly won’t be the last. But being a young woman put me in an awkward situation. Maybe we shouldn’t be embarrassed to buy items such as these; after all, they are required by everyone. But I still feel a pang of embarrassment every time I think about it.

Cousin Marriages : The Risks and the Research

How to Protect Yourself from STDs