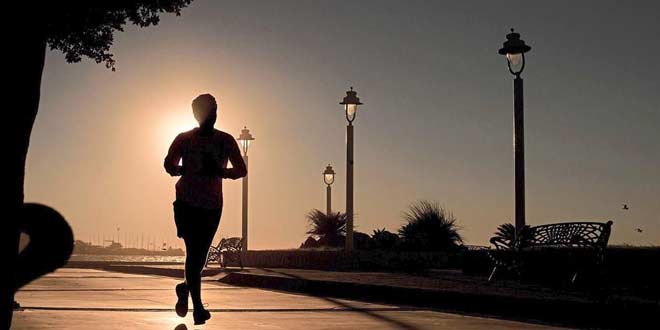 New research suggests that not only could a high level of physical fitness help to reduce your risk of a heart attack, but it may also increase your chances of survival if you do suffer from one.

The findings were based on medical records data gathered from 2377 men and women with an average age of 62 by researchers at Johns Hopkins and the Henry Ford Health System. The results were published online in Mayo Clinic Proceedings.

The medical records were all taken from individuals who had completed a treadmill stress test before suffering their first heart attack. The team used patients’ achieved metabolic equivalent score (MET score) ranging from 1 to 12 to assess the body’s energy consumption when the individual is at rest and participating in physical activity. Although the MET score is not a perfect measure of energy, the higher the MET score, the fitter an individual is considered to be, with the lowest MET score of 1 equal to sitting on the couch, a 7 is in line with jogging, and the highest MET score of 12 with sprinting..

After analysing the data, the results showed that overall, the higher your MET score, and therefore the higher your level of fitness, the lower your risk of death after a first heart attack, with a whole number increase on the MET score equal to an 8% reduction in mortality risk.

Lower your risk of death from a heart attack by improving your fitness levels.

The team believe that this is the first time an association has been made between level of fitness and survival rate after a first heart attack.

The team did note however that their study had its limitations, with the researchers unable to assess whether improving fitness levels as measured by the MET scores could decrease mortality risk after suffering a heart attack.

The researchers also didn’t look into the severity of the heart attacks as being a factor in the rate of survival, and do not know if individuals who are fitter are more likely to survive because they suffer less damaging heart attacks, or if they suffer heart attacks of the same severity as the unfit, but just survive them better.

However despite the limitations, Clinton Brawner, clinical exercise physiologist at Henry Ford Health System still concluded that, “Our data suggests that doctors working with patients who have cardiovascular risk factors should be saying, ‘Mr Jones, you need to start an exercise programme now to improve your fitness and chances of survival, should you experience a heart attack.”

A Month Before a Heart Attack, Your Body will Warn You with These 8 Signs