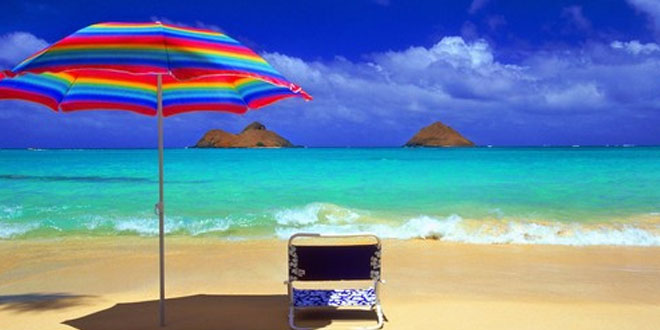 Could sunny vacations be the answer for upping vitamin D levels?

The team of researchers from the University of Edinburgh compared this vitamin’s levels in mainland Scotland to those in Orkney, a group of islands north of mainland Scotland. Vitamin D is already known to have many health benefits including improved bone health, lower blood pressure, reduced heart disease risk and better chances of surviving cancer.

A deficiency in the vitamin has also been strongly linked to diseases including multiple sclerosis. Scotland has one of the world’s highest levels of MS, with Orkney known to have the highest rate of multiple sclerosis (MS) in the world. As a lack of this vitamin is often linked to a higher risk of MS, the team were interested to see whether widespread vitamin D deficiency in Orkney was causing the island’s high rate of the disease. The team measured the vitamin D levels of 2078 adult participants in Orkney — 1 in 10 of the population — who had all taken part in the Orkney Complex Disease Study (ORCADES) study between 2005 and 2011, and compared them to a control group from mainland Scotland.

The team were surprised to see that although participants from Orkney still had insufficient levels of vitamin D, the average vitamin D levels in Orkney were actually higher than in mainland Scotland. The study also found that of these participants it was people over 60 years of age, those who take regular foreign holidays to sunnier areas, and farmers, who often work outside are exposed to sunlight, that had the highest levels of the vitamin.

Commenting on the results Dr. Jim Wilson, who led the study at the University of Edinburgh’s Usher Institute, said, “It was surprising to see that levels of vitamin D were not worse in Orkney, and if anything they were better than in Mainland Scotland. It would appear that poor vitamin D status, while common enough, cannot explain the excess of Multiple Sclerosis we see in Orkney.”

The team now suggest that as their findings showed a significant association found between foreign holidays and this vitamin — also found levels in previous UK studies — foreign holidays could be an important and effective way of providing adequate UV exposure and topping up vitamin D levels.