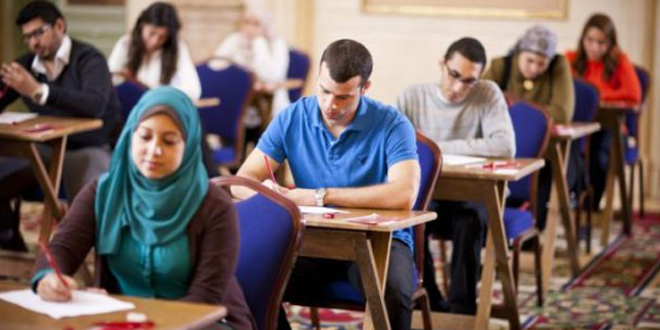 It seems that the expression “thinking on your feet” might have some scientific evidence behind it, with a new American study finding that students who stand rather than sit in the classroom are better able to complete school tasks.

The health benefits of standing have been the focus of many recent studies which have shown the positive effect that reduced sitting can have on obesity and general health. However this new research, from the Texas A&M Health Science Center School of Public Health, is the first to provide evidence for any neurocognitive benefits of standing.

Researchers recruited 34 freshman high school students and gave them a choice of both standing or sitting desks in class.

At both the start of the study, in the fall term, and nearly 28 weeks later in the spring term, the students underwent neurocognitive testing using four computerized tests to assess cognitive skills.

Cognitive skills, such as ability to analyze a task, break it down into steps, and then complete the task, are directly related to the development of academic skills needed by students for memorizing information, solving problems, organizing ideas and time.

Test results after nearly 28 weeks of continued use of standing desks showed significant improvements in both cognitive skills and working memory — ability to remember and use information when in the middle of an action or over a short period of time, for example following steps of a math equation. Researchers also saw changes in the brain patterns associated with these skills.

The researchers believe that their results could have implications for policy makers, public health professionals and school administrators when looking for a simple and sustainable way to improve physical health and cognitive function in students. The standing desks also require no additional training or instructions.

However the team did acknowledge that although their findings are promising they are preliminary results, and further research on larger samples over a longer period of time, and in a wider range of schools would be useful.

The study was published in the International Journal of Environmental Research and Public Health.

As well as neurocognitive benefits, previous research has also shown that there are many other health benefits of more standing and less sitting, with a 2015 study advising that decreasing amount of time sitting down is an effective way to improve health, independently of exercising more. That study also found that sit-stand desks are one of the most effective methods to increase time spent on your feet.