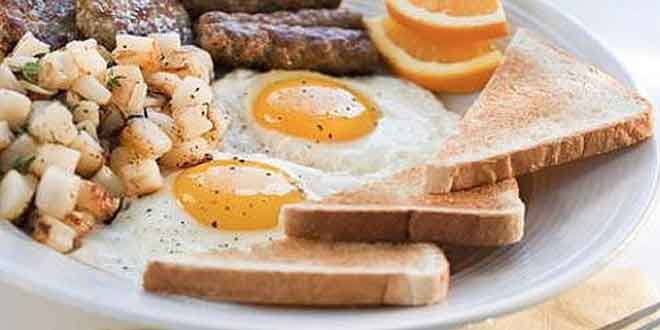 A 16-year long study has concluded that men who reported that they skipped breakfast had a higher risk of heart attack or death from coronary heart disease tyhan those who normally had their breakfast.

A study published in the American Heart Association (AHA) journal Circulation, from Harvard School of Public Health (HSPH), researchers found that men who regularly skipped breakfast had a 27 % higher risk of heart attack or death from coronary heart disease than those who did eat a morning meal.

Non-breakfast-eaters were generally hungrier later in the day and ate more food at night, perhaps leading to metabolic changes and heart disease.

The scientists analyzed food questionnaire data and health outcomes from 1992-2008 on 26,902 male health professionals, ages 45-82. During the study, 1,572 of the men had cardiac events. Even after accounting for diet, physical activity, smoking, and other lifestyle factors, the association between skipping breakfast and heart disease persisted.

The study collected comprehensive questionnaire data from the participants and accounted for many important factors such as TV watching, physical activity, sleep, diet quality, alcohol intake, medical history, BMI, and social factors like whether or not the men worked full-time, were married, saw their doctor regularly for physical exams, or smoked currently or in the past.

The men who reported not eating breakfast were younger than those who did, and were more likely to be smokers, employed full time, unmarried, less physically active and drank more alcohol.

Men who reported eating late at night (eating after going to bed) had a 55 percent higher coronary heart disease risk than those who didn’t. But researchers were less convinced this was a major public health concern because few men in the study reported this behavior.

According to the report, skipping breakfast may lead to one or more risk factors, including obesity, high blood pressure, high cholesterol, and diabetes, which may in turn lead to a heart attack over time.

The study group was composed mostly of European descent, the results are likely to apply to women and other ethnic groups, but additional studies should be conducted.