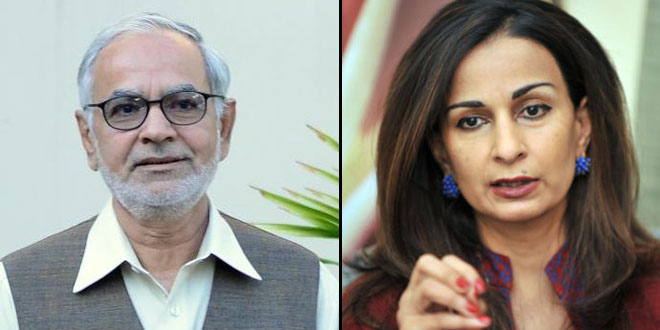 Mr Abdul Hamid Dagia, the 71-year-old Chartered Accountant who began the ‘one-man protest’ near Punjab Chowrangi, has been successful in drawing the authority’s attention to his plea and the Supreme Court has ordered the removal of billboards from the footpaths of Karachi.

According to a social media news network, the Supreme Court has ordered to remove billboards from footpaths of Karachi. The news appeared at 12:30 via an SMS news alert. Mr Dagia started his one-man protest against the Cantonment board and KMC two-weeks ago, against the cutting of trees and replacing them with billboards.

He calls it an unexpected early victory, but is suspicious on the implementation of the court orders. While talking to HTV, he said,

“I would turn back to my position, with protesting on the street, if there is even a slightest glitch in the implementation. But for now, I would be following the issue through social media.”

He has even made a page on Facebook to address the issues in Karachi.

The suspicion comes from a judgment by a three member bench of the Supreme Court (SC) on August 5, 2015, which permitted the extension of the Canal Road by cutting off trees. As per the judgment, a public asset can only be replaced by a public asset and road extensions come in the criteria. The court also dismissed the contempt application by the ‘Lahore Bachao Tehrik.’ It was a Suo Motu case in Lahore against the cutting of trees for a project to widen a canal.

Meanwhile, the commissioner Karachi, Shoaib Siddiqui informed the media that cutting off trees and replacing them with sign boards is not allowed – strict actions are taken on violation.

“Neither the administration nor the courts would take such a violation lightly.”

During the latest session of the upper house, Senator Sherry Rehman submitted an adjournment motion for bringing the country’s National Climatic Change policy into action.

Her view is that Pakistan is a victim of severe climate change. It is ranked third most affected country by climatic shift and 80 percent of the population is at a risk of river floods. One percent of Pakistan’s national income is allocated to the floods each year.

The senator expressed concern over the country’s preparations for the 2015 Climate Change Conference to be conducted by the United Nation in Paris in December. It was bought to notice that while all other developing countries have strong arguments for the moot, Pakistan has done nothing.

The senator warned that failure to understand climatic change in present would end up creating serious challenges in future.

“Pakistan’s economy is highly dependent on climatic changes – a reason why climatic shift is the biggest threat to the country.”