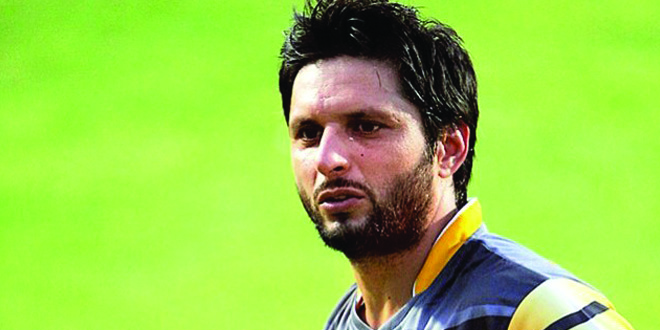 Pakistan Twenty20 captain Shahid Khan Afridi hopes that a tough group at the World Twenty20 would ignite more passion amongst him and his teammates. Pakistan under the leadership of their versatile captain will be looking to win the tournament for the second time since its inception.

Afridi said, “I’m not a person who wants to live in history.”

Pakistan has never beaten India in the World Cup and Afridi is adamant of defeating the host nation in this edition of the T20 World Cup.

He further added that, “We will take the mistakes into account and will try to overcome them against India.”

The Pakistan captain also said that, “Pakistan has a set of matches to play before the World T20 and will be looking to find a settled combination for the prestigious event.”

Shahid Afridi will be looking to draw curtains on his twenty year career with a win in next year’s event.

Pakistan Cricket Board (PCB) Chairman Mr. Shaharyar Khan has announced the U-19 squad for the ICC U-19 Cricket World Cup that is to be held in Bangladesh. The tournament is to commence from January 22nd to February 14th, 2016.

The squad is as follows:-