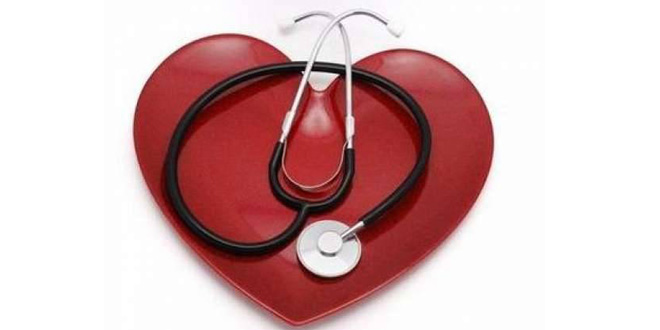 For 13 years, researchers at Boston University followed 3,201 participants with an average age of 59.

During the study, 188 of the participants developed heart failure.

The researchers gave each patient a score based on the American Heart Association’s Life’s Simple 7 checklist for a healthy heart:

The study found that for each one-point higher cardiovascular heart healthy score, there was a 23% lower risk of developing heart failure.

Those in the middle third cut their risk of heart failure nearly in half and those in the top third reduced their risk even further.

“Even though there is awareness about the importance of a healthy lifestyle, many people don’t act on those messages,” said Vanessa Xanthakis, assistant professor of medicine at Boston University.

“This study points to the importance of knowing your numbers and speaking to your doctor about improving your score on each health metric and trying to get as close to ideal status as possible.”

The researchers found a link between not respecting these healthy heart measures and unhealthy changes in the heart’s structure and function. These changes appeared to put people at a greater risk of heart failure.

Previous research has shown that improving these measures reduces the risk of heart attack and stroke.

The same has now been done for heart failure, which one in five 40-year-olds has a chance of developing in their lifetime, according to the American Heart Association’s statistics heart healthy.

Eat your way to a healthy heart

10 Best Foods for Your Heart Health

Maximum amount of time you can sit before harming your heart