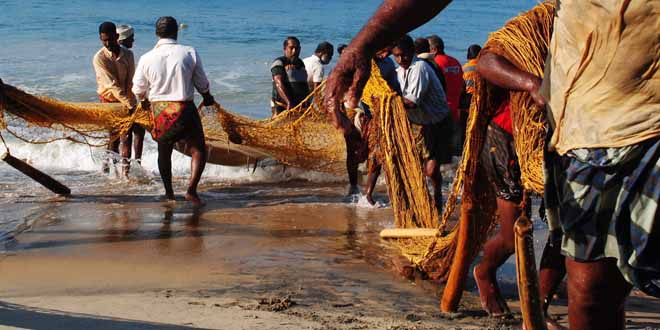 Sanghar – Pakistan Fisher folk have said that although the ‘thekedari’ system was abolished in 2008, the government could not clear the waters from unlawful possession by landlords, leaving the fishermen and their families into starvation.

In a briefing provided by the Fisher Folk forum at the WWF’s office at Sanghar, the journalists were informed that even though it has been seven years since the unlawful possession of ten major fresh water lakes were taken, the government and the fishery department could not solve the issue. They said that the powerful landlords create fake cases on the poor fishermen leaving their families to starvation.They have appealed to the government to solve the issues of the fishermen and take steps against the unlawful possession over lakes by landlords.