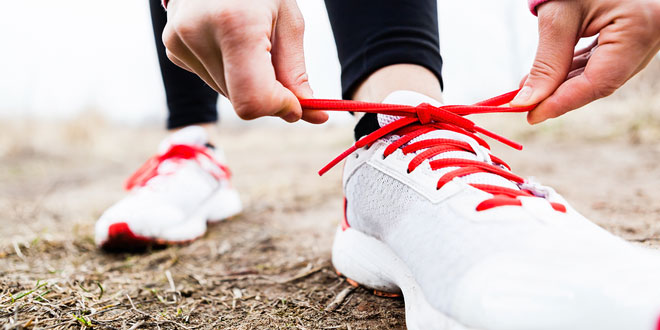 A New study suggests that running can help improve memory by boosting levels of a certain protein in the blood.

Although proteins have previously been shown to increase exercise-induced neuron growth, the new research has found that the protein cathepsin B could also play a role, and is the first to look at the protein’s effect on spatial learning.

A collaborative study by US and German researchers, the work further explored the effects of cathepsin B, a protein that can be secreted by muscle tissue and transported to the brain, after positive preliminary findings.

The mice were observed for a week, during which they all did a daily swim test in a Morris water maze, a small pool with a hidden platform placed just below the surface of the water, which the mice must learn to swim to.

Senior author Henriette van Praag added that “We also have converging evidence from our study that cathepsin B is upregulated in blood by exercise for three species-mice, Rhesus monkeys, and humans. Moreover, in humans who exercise consistently for four months, better performance on complex recall tasks, such as drawing from memory, is correlated with increased cathepsin B levels.”

However the results of the study do not give a clear answer on cathepsin B’s role.

The protein is also secreted by tumours, with associations also found between cathepsin B and cell death. And although some studies have found a link between the protein and amyloid plaque formation in the brain, a major factor in Alzheimer’s disease, others have found that cathepsin B is neuroprotective and can actually clear amyloid plaques.

Van Praag hypothesises that it could be varying levels of the protein and different physiological conditions that are producing the different effects.

The researchers now plan to conduct further research, however van Praag concluded, “Overall, the message is that a consistently healthy lifestyle pays off. People often ask us, how long do you have to exercise, how many hours? The study supports that the more substantial changes occur with the maintenance of a long-term exercise regimen.”

The findings can be found published in the journal Cell Metabolism.

Running for The Bus Is Healthier Than Walking To Work

The more you run, the higher your bone density