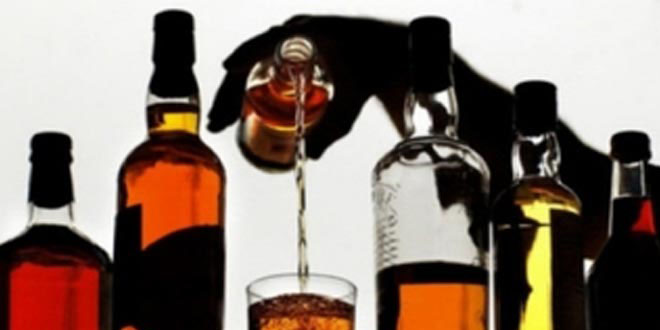 Six hundred and twenty bottles of imported liquor has been captured during a raid conducted by the Federal Investigation Agency (FIA) Model Anti Customs Smuggling from a house in Lahore. According to sources, this house was being used as a private bar.

The FIA raided the house on the basis of an anonymous tip and arrested three persons for their alleged involvement in illegal supply of liquor and immoral activities. They captured 620 bottles of 78 varieties of liquor which cost up to 30 lakh rupees.

The raid was conducted under the warrants of Customs Act 1969. The ASO team under supervision of Deputy Collector Shafiqur Rehman, Superintendent Mumtaz Ajmal Mian conducted the raid.

According to the FIA officials, the accused persons were arrested late at night from their home and presented at court in the morning. The court has ordered a physical remand against Alfred, owner of the house, Javaid Khoker – the supplier and Aamir Malik son of Chaudhary Malik. The accused would be investigated in the next 5 days of remand.

Talking to the media, the FIA officer in command of operation said that they had taken the owner, the supplier and the driver in custody. He further added that these persons have been involved in these activities for several years. He hopes that more people would bearrested after further investigation.

On the other hand, sources say that in posh areas of the city including Defense and Gullberg, illegally imported wine worth millions of rupees was being sold. Collector of Customs Mukarram Jah Ansari while talking to media said that the department has launched an aggressive campaign against wine smugglers and the recent seizure is a clear-cut message to such criminals, stating clear intentions that this illegal trade will not be tolerated.

After this current raid in Lahore the officials said that it is the need of the hour to start a severe crackdown against illegal bars in confines of private residences in posh areas, especially in Defense and Gulberg.