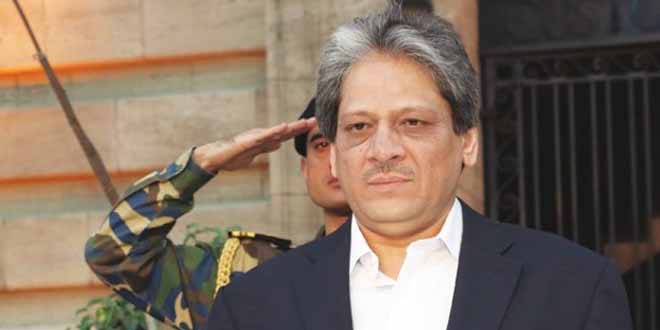 According to Governor Sindh Dr Ishratul Ebad, the provincial and federal governments have joined forces to – once and for all – eliminate the deadly polio disease from Pakistan.

It was stated by the chairperson that although Pakistan is one of those three countries where the elimination of polio has not been made possible as yet, however, as compared to past years, the number of polio cases in Pakistan has greatly reduced.

Moreover, according to Ebad, the epidemic of polio in Pakistan has greatly affected the name and identity of the country. He said that the support of the people of Pakistan can easily help control the spread of polio. He further mentioned that few years ago, polio cases in Pakistan had decreased to almost zero, but in the last few years the cases have increased with an extremely steep rate, which was extremely disappointing to witness.

Earlier this week, President Mamnoon Hussain, while talking to McGovern, predicted that polio would be eradicated from Pakistan within the next two years. He asked the global community to come forward and help Pakistan in achieving its goal.

Countries like UAE are already funding Pakistan in its fight against the deadly virus. It has helped Pakistan immunize over 20 million children with nearly 87 million polio vaccines, under the banner of Emirates Polio Campaign. Polio cases in Pakistan have declined from 82 in the similar month last year to 24 cases this year – a decrease of 71%.

Charity and Welfare: Free Treatment for Diabetics in Peshawar