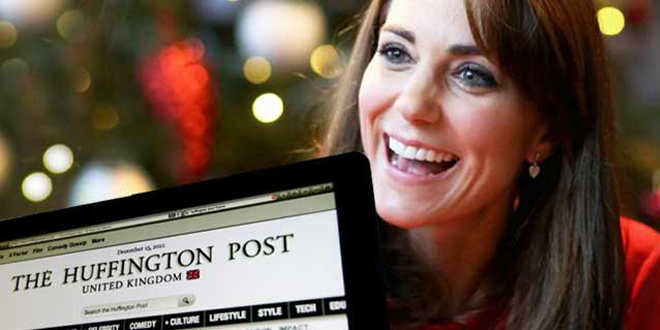 Prince William’s wife, the Duchess of Cambridge will sit in the news website’s hot seat for a day in mid-February, their official residence said.

Prince William’s wife, Kate, will use the opportunity to highlight the work being done by parents, teachers, researchers, and mental health professionals, the palace said.

“The Duchess of Cambridge has made the mental health of young children a key focus of her work in recent years,” a spokesman said.

“She is delighted that The Huffington Post will help put a spotlight on this important issue.”

“The Duchess will be commissioning contributions from a number of leading figures in the mental health sector as well as from young people, parents, and teachers.”

The 34-year-old has campaigned against the stigma surrounding childhood mental illness, and is a patron of several related charities.

Stephen Hull, editor-in-chief of The Huffington Post UK, said they were “thrilled” that the duchess was joining the team.

“Dealing with mental health issues has been a major editorial focus for us and I’m very excited to be working together on such an important project.”