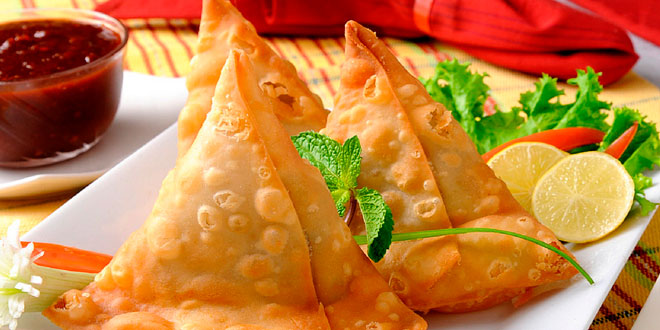 Islam has institutionalized intermittent fasting for all its Believers in the revered month of Ramadan. The exact time of year determines the intensity of the fast and is determined by the dictates of the Lunar Calendar. Incidentally, this year, it will fall in the month of June, perhaps one of the most difficult months possible, especially for Karachiites. The mettle of the Believers is about to be tested. This Pillar of Islam necessitates partial fasting, from dawn until dusk, involving abstinence from food, water, tobacco and – perhaps most important for some – caffeine. In addition, Muslims are required to avoid all unethical behavior. Fasting in this Holy Month has not proven to be detrimental to our health in of itself, however, some precautions must be taken.

The first tip goes out to all Desis in the house. Samosas, pakoras, jalebis and other deep-fried goodies are a staple on the Iftaar table. Many Pakistanis labour under the misconception that the 8 hour ‘roza’ gives them an excuse to indulge in criminally unhealthy items at the time of breaking the fast. Look at it this way, after half a day of refraining from food, your body is craving nutrient dense sustenance to replenish your body’s energy stores and to rehydrate. If you load your stomach with heavy junk food, you won’t supply your body with the essential nutrients it needs. Fats and oils are too hard to digest. That’s why you should go for some quick energy foods to begin with; dates are a great option.

Let’s talk about Sehri. It Is highly recommended to consume complex carbohydrates such as pasta, brown rice and potatoes. Fast-acting carbs such as chocolate and white bread will release glucose too soon and leave you hungry and weak for the rest of the day. Eat healthy to stay health during your ‘roza’. Drinking a gallon of water at Sehri is another red flag, as it leads to bloating and indigestion. This is because it quickly dilutes your stomach acids. It is better to drink water slowly and steadily from iftaar the previous day, throughout taraweeh, until Sehri. Sleeping immediately after Sehri is known to cause reflux of the stomach contents into the esophagus.

Clinical studies have revealed a number of psychological alterations associated with men and women observing the fast. Irritability increases in the general population, and in some cases, there is reduced cognitive ability. An increase in the incidence of headaches is not uncommon, the most common being tension headaches. There was a direct proportionality between the duration of the fast and the intensity of the headaches. These symptoms can be attributed to a number of factors. One’s Circadian rhythms and sleep patterns are affected in the Holy Month. There is also the potential dehydration factor to consider. And of course, we would be remiss without acknowledging the caffeine (and in some cases, nicotine) withdrawal symptoms.

Drug Compliance continues to be a problem in Ramadan. Many Muslims with chronic diseases report to have been inconsistent with their drug therapy, if not skipping doses altogether. Ramadan is not meant to be unhealthy, it is not meant to be cruel. There are some minor hardships involved, but those are meant to be part of the ordeal, after all, the Prophet (PBUH) and his Companions fought wars in the Holy Month, under the scorching sun in the deserts of Arabia. That being said, there is an opt-out option for Muslims who are elderly and frail, travelling, or are too ill. Those who fall under the above categories are exempt with the condition that they will feed an indigenous citizen for the entire month. Many need to realize that there is no shame in choosing this alternative if you are physically unable to fast. Fasting is not, and should not be harsh on your body. If your normal physiology simply cannot take it, consult a physician and consider the alternative option.

Best Apps to Use during Ramadan

Mum’s Guide to Breastfeeding during Ramadan