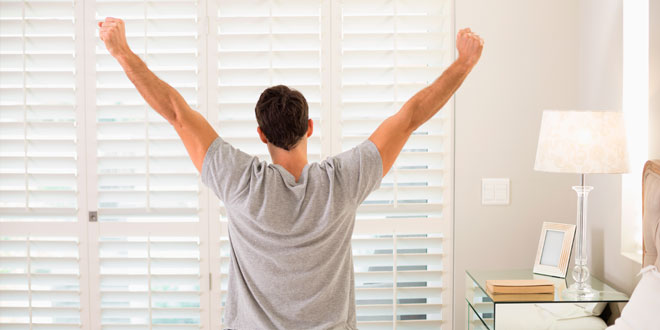 People Who Sleep And Wake Up Early Have Healthier Hearts

U.S. researchers have found yet another reason to get sufficient shut-eye, with those that favor an early to bed, early to rise routine showing more heart-healthy behavior than night owls.

By using data from the U.K.’s Biobank Resource project, which aims to improve the prevention and treatment of a range of life-threatening illnesses including cardiovascular disease, the team were able to look at a large sample of 439,933 adults aged of 40-69 for a four-year period between 2006-10.

During the study participants were asked about their sleep habits, with short sleep defined as less than six hours, adequate sleep as seven to eight hours, and long sleep as nine hours or more.

To find out more about how heart-healthy their daily behavior was they were also asked about their levels of physical activity, time spent using a computer or watching TV, fruits and veg intake, and smoking habits.

Results showed that getting the right amount of sleep, and at the right times, reduced the unhealthy lifestyle behaviors associated with poor heart health, with those whose sleep was either too long or too short, and those who went to bed later, more likely to smoke, remain sedentary and eat fewer fruits and vegetables than those who got an adequate amount of sleep and went to bed earlier.

Commenting on the results, Freda Patterson, one of the study’s co-authors said, “These data suggest that it’s not just sleep deprivation that relates to cardiovascular risk behaviors, but too much sleep can relate as well.

“If we can modify sleep as a central risk factor, we might be in much better position to leverage or modify some of our most stubborn cardiovascular risk behaviors such as tobacco use.”

However Patterson did also acknowledge that the study had limitations. Despite a huge number of participants the sample lacked diversity, and as a large part of the data was based on self-report, it was also subject to errors. The team now recommend further study in the area.